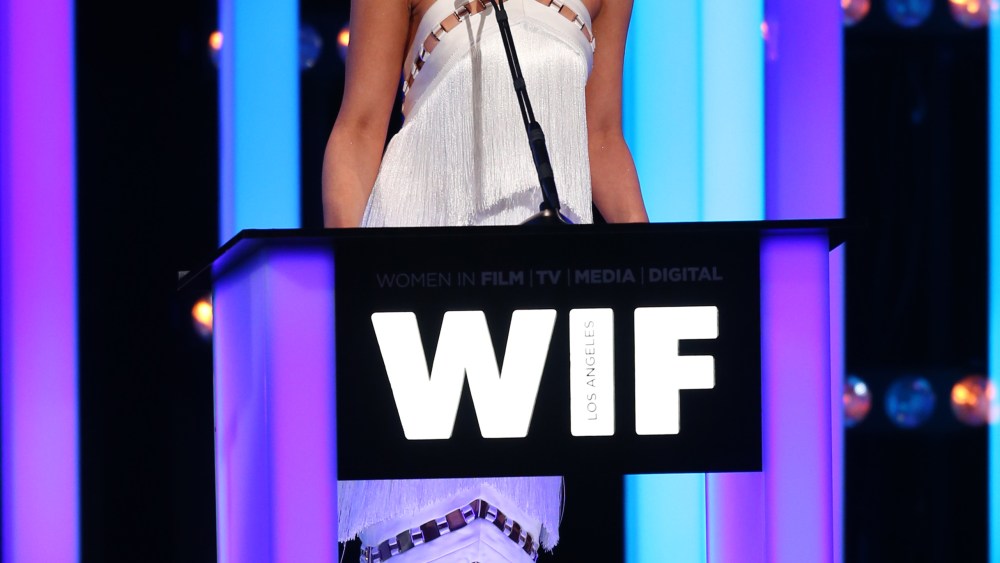 “You better listen to this, because it’s an actual award, and it’s not for me,” said Cate Blanchett as she attempted to quiet the crowd at Women In Film’s Crystal + Lucy Awards held on Wednesday night at The Beverly Hilton Hotel in Beverly Hills. The Oscar winner was on hand to present an award to her agent of 19 years, CAA’s Hylda Queally, during an evening that honored women both in front of and behind the camera.

Natalie Dormer received Max Mara’s Face of the Future award from the brand’s ambassador, Nicola Maramotti, a moment that proved nostalgic for attendee Maria Bello. “I was their first Face of the Future, 11 years ago,” said the actress, who hosted last year’s ceremony. “I love to see the women they choose every year. They’re not just these fluffy girls. They’re really authentic women with powerful voices and real grace and style.”

Among them were The Crystal Award for Excellence in Film honorees. “This year there were so many great candidates to choose from that it was impossible to pick just one, or two, or even three. Instead, we narrowed it down to eight outstanding producers,” announced Kate Beckinsale, as she handed glass trophies to Denise Di Novi, Lucy Fisher, Lianne Halfon, Lynda Obst, Jane Rosenthal, Lauren Shuler Donner, Paula Wagner and Paula Weinstein, who have collectively produced more than 300 films, including “X-Men,” “Divergent,” “Mission: Impossible,” “Pretty in Pink” and “Sleepless in Seattle.”

But despite their many years of experience, don’t call them veterans. “I hate that word,” said Obst, “because it conjures up drums and crutches and war wounds. We’ve definitely been in the trenches, but you want this feeling of having danced out of the trenches with fewer bandages.”

Taraji P. Henson then gushed over her Lucy Award for Excellence in Television, named after Lucille Ball. “Teenage me would be like, ‘Girl, you know how much you love Lucy? You’re going to be honored in the future, and the award will be named after her.’ Who knew?” she said while walking the carpet.

The typically fierce “Empire” star showed her softer side — tearing up in the audience as Fox chairman and chief executive officer Dana Walden sang her praises onstage. The actress gave an inspiring speech, reminiscing about Viola Davis beating her at the Emmys. “She deserved it. People were baffled that I got up and hugged her. Isn’t that what you do when you see your friend win? If she did good work, give her the f–king award. Give her the f–king check. Good night!”