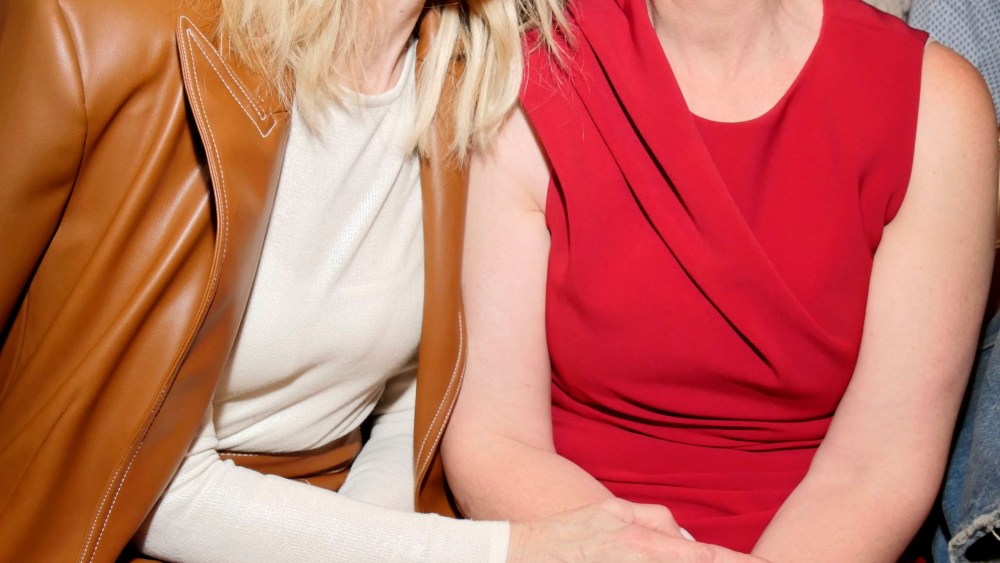 Cynthia Nixon had just arrived at Christian Siriano’s runway show at Gotham Hall on Saturday afternoon, and the security detail attempting to block her was calling in backup. But not even a human chain could deter the surge of photographers jostling for a picture of the New York gubernatorial candidate in the front row.

What brought Nixon out for this show of all shows? “Christian Siriano, and how amazing his clothes are, and how he’s always had such a commitment to creating clothes for every kind of woman,” said Nixon, who was dressed in a red frock. “And he’s also just been an incredible supporter of my campaign.”

The support was mutual; during the show, Siriano sent out a model wearing a T-shirt emblazoned with “Vote for Cynthia.” (Nixon’s seatmate, Whoopi Goldberg, was particularly enthusiastic about that look.) Siriano wore the same shirt for his lap through the room at the end of the show.

“Christian’s one of my friends, but also I love that he’s a truly inclusive designer,” said Tess Holliday. During the show, the plus-size model was excited to keep an eye out for “inclusivity, colors, new pieces that I want for myself — some selfish reasons.” While she’s heading back to Los Angeles on Sunday, she might make another fashion show appearance later this month. “I’m trying to convince my publicist that I want to go to Paris,” she added.

“I think [Siriano] is a beautiful designer and I think he’s an extraordinary human being,” said Judith Light, who greeted her seatmate Nixon with a hug. “I think he is so kind and so not just about himself — he makes everything about someone else, and I think that’s a very important quality and one that seems to be sorely missing in our culture today.”

Light is nominated for an Emmy for best supporting actress — and she’ll have plenty of other occasions to don Siriano’s designs in the near future.

“I just finished doing a series for Facebook Watch — a new streaming service — called ‘Queen America.’ I did it with Catherine Zeta-Jones, and I love her, she’s really special. And I just did a movie that will probably be in Sundance, hopefully, called ‘Stupid Happy.’ I did it with Alec Baldwin and Mandy Patankin,” she said.