The film premiered at MoMA on Monday night. 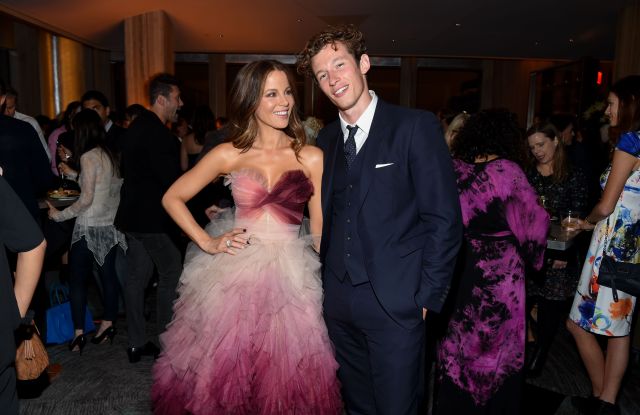 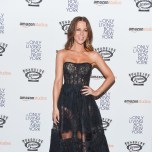 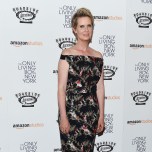 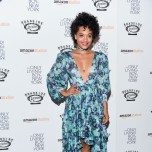 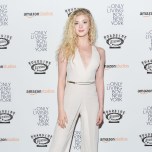 At Monday night’s premiere of “The Only Living Boy in New York,”  Cynthia Nixon had a few questions for director Mark Webb.

Webb was carrying a mini New York license plate up and down the press line at the premiere, a cutesy social media marketing prop. “I think you may have your own,” Nixon’s publicist assured her.

Nixon costars alongside Callum Turner, Jeff Bridges and Kate Beckinsale in the New York-centric film, which tackles the complexity of relationships — family, romantic and friendship — and how they intersect. In the film, Turner befriends a literary neighbor, played by Bridges, who offers him sage life advice.

“I don’t feel like anyone particularly mentored me in that way,” said Nixon, reflecting on the friendship between the two characters. “But there were a number of actresses that I worked with when I was younger…who were very kind to me, and who I really admired and I could use them as a kind of a road map,” she continued.

“Blythe Danner was certainly one — my first play I did when I was 14, she didn’t play my mother, she played my sister, but she was much older than me. And Christine Baranski played my mother,” Nixon continued. “I admired so much the correct balance they had between their careers as actresses and their lives at home as wives and mothers. You know, if you only learn about actresses from the movies, we’re all just horrifying,” she added. “When you meet some of us in person, you realize that there are some…[actresses] out there who can be glamorous on stage and on screen, and then they go home and be a real mom, a real wife, and a real person, a real friend.”

Turner walked away from the movie having made a new friend who was in fact not real, at least not in the usual sense.

“Jeff [Bridges] and I talked a lot about nerves. We made friends with them,” Turner said from just outside the ground floor theater at MoMA. “And it was the first time I ever managed to do that. It was a unique situation for me to actually confront them, but in a nice way, in a friendly way. Being like, ‘Hey, I see you, it’s OK. It’s cool, come out, come out, come out.’ It’s cool to be nervous,” he continued. “[Nerves] are why some actors scream their heads off, or it comes out in their hair.”

Beckinsale, who plays the film’s coquettish antagonist, enjoyed that her character represented a real person and not merely a villain.

“I love that Marc Webb is really interested in relationships, really complicated family relationships. And I liked the fact that there was a possibility that my character could have been this really evil, meddling [person],” said Beckinsale, dressed in the first of two frothy gowns for the evening — she changed into a Marchesa look for the after party at the Rainbow Room. “But it really wasn’t that at all,” she continued. “She was someone more at drift in her own life, finding herself sort of in a morally questionable place, but still being a good person.”