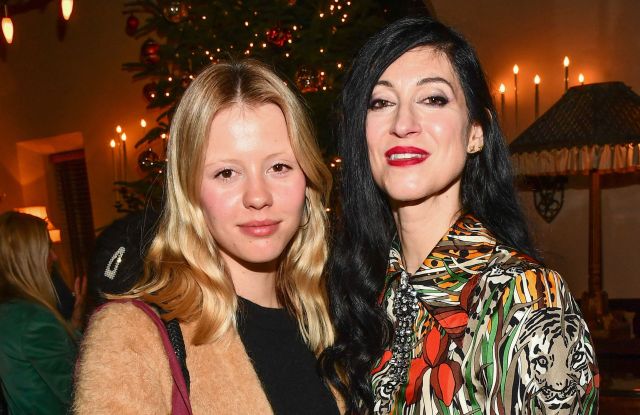 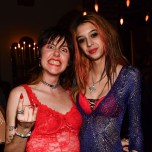 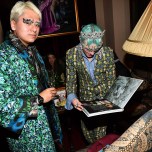 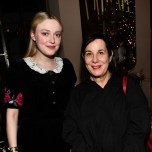 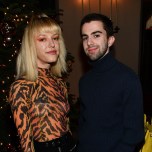 “It was really magical,” said Floria Sigismondi of her first time meeting David Bowie. The Italian-Canadian artist and filmmaker was celebrating the release of her third photography book, “Eat the Sun,” at a party presented by Gucci at Chateau Marmont in Los Angeles on Tuesday night.

“He was recording, and he came out an hour late,” she continued of the star. “I remember waiting and kind of going, ‘This is too much.’ And then as soon as he saw me, it was like this connection we had. And we must have spoken for five hours about art, music, things that inspire us.”

The conversation led to Sigismondi shooting Bowie’s music videos for 1997’s “Little Wonder” and “Dead Man Walking.” Years later he got back in touch to have her shoot 2013’s “The Stars (Are Out Tonight),” costarring actress Tilda Swinton.

“He had been silent for 10 years,” Sigismondi shared. “He didn’t do music. He didn’t want to do any press, so everything was really hush-hush. It was an exhilarating time to create. All the fittings and meetings were at my house. It was just this really kind of tiny, insular thing, so it was really buzzy and so exciting…I respected him so much as an artist, because he really understands the creative process, and he lets artists do what they do. He doesn’t micromanage.”

Among Sigismondi’s photographs hanging on the walls of the hotel to mark the occasion was one of Bowie and Swinton.

“That was amazing, because they’re both so androgynous, and meeting Tilda, she has that sort of Bowie essence about her,” shared the photographer. “There’s something about her that kind of mirrors that a little bit. They’re both very god-like.”

Also on display was an image of Dakota Fanning on the set of “The Runaways,” Sigismondi’s 2010 film debut on the teenage American rock band.

“We have kept in touch over the years, and it’s a special film for me, because it’s my first film, and I loved her performance in it and what she brought to the film,” said Sigismondi.

Fanning, the host of the evening, was a few feet away mingling with guests, who included actresses Mia Goth and Bria Vinaite, “Once Upon a Time in Hollywood” costume designer Arianne Phillips and indie music artists Soko, Dani Miller, Arrow de Wilde, Jefertitti Moon and L.A.-based singer-songwriter Lawrence Rothman.

“The work I’ve done with Lawrence Rothman is very special,” shared Sigismondi of a standout experience from the new book. Rothman, who identifies as gender-fluid, has been captured in drag by Sigismondi. “We’ve collaborated over 15 years now and creating the work is a very personal exploration of creativity for me.”

Sigismondi, like Fanning, wore head-to-toe Gucci to the party.

“Gucci has brought an adrenaline rush to fashion,” continued Sigismondi. Among her collaborations with the Italian brand includes “Garden of Gucci,” a campaign film released in 2016. “Alessandro [Michele] has a unique way of looking at culture, the past, eccentricities and works his wand like a magician in a grand opera.”

Next for Sigismondi, who’s worked with a range of music artists — Leonard Cohen, Rihanna, Ellie Goulding, Katy Perry, Fiona Apple, Interpol, Justin Timberlake, The White Stripes, Christina Aguilera and most recently Dua Lipa — is the release of her horror film “The Turning,” starring Finn Wolfhard and out Jan. 24. But first, there’s the new year to celebrate.

“I don’t do New Year’s resolutions,” she said. “I’m going to do them for the first time this year. I think for me the thing that excites me is finding that time to meditate and just really getting to know yourself. The more you know yourself, the more you can give.”