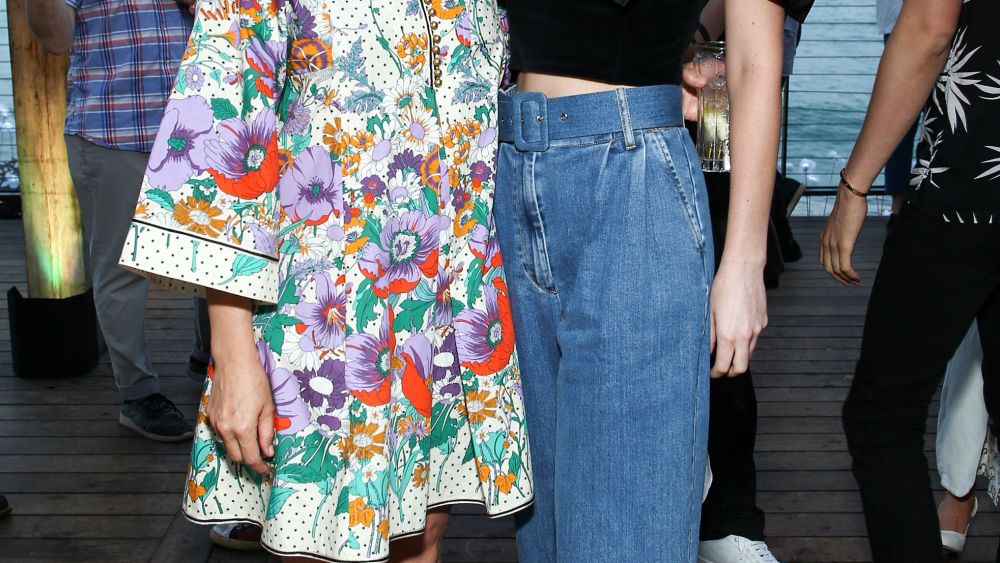 Made with the 1,000 elderflowers it takes to perfect one bottle, the overflowing installations by florist Jeff Leatham had one goal: “I want guests to be inspired to make a St. Germain Spritz at home,” said Young with a smile.

Luckily, with Ashley Madekwe on the scene, the plan was well on its way. Revealing herself to be an “undercover fan,” Madekwe stood bar-side with a spritz in hand, saying, “This was my wedding cocktail. I love St-Germain; it’s my favorite thing to drink. At my wedding I mixed it with Champagne.”

“It’s a new relationship,” Dobrev said. “I’ve asked her to educate me. I told her I wanted to use this as a semi-college experience in fashion. I love fashion; I know a bit. But I feel like there’s a lot of young designers who are emerging that I won’t be aware of. I want to learn more and kind of go in a different direction.”

The actress, who will be starring in the CBS series “Fam,” will have plenty of opportunities to put Young’s curriculum to use.

Of her role, which called for binge-watching classics such as “Seinfeld,” “Friends” and “The Golden Girls” to prepare, Dobrev admitted, “I’m nervous because multicam is a different experience. It’s not the single camera that I’m used to. Shooting the pilot was another learning experience. I feel like I’m in an inquisitive part of my life and my career. With fashion, and starting a new show that’s not only a comedy, but also in front of a live audience. These are all new things for me that I’m really excited to learn more about.”

Nearby, Jones, who arrived to the scene with her sister Jina for a “date night,” continued to praise Young, noting, “I like people who take risks. What I look for in a stylist is someone who has unique style themselves and she definitely does and she’s a sweet person.”

As the night came to an end, guests star-gazed or had crystal readings by Colleen McCann, while Maroon 5’s producer Noah Passovoy DJ’d in the background. It was the perfect ending for Young, who earlier noted, “I’m really excited to see all of my California friends at a party instead of at work. I’m excited to spend some time with them, watch the sunset and have some drinks.”