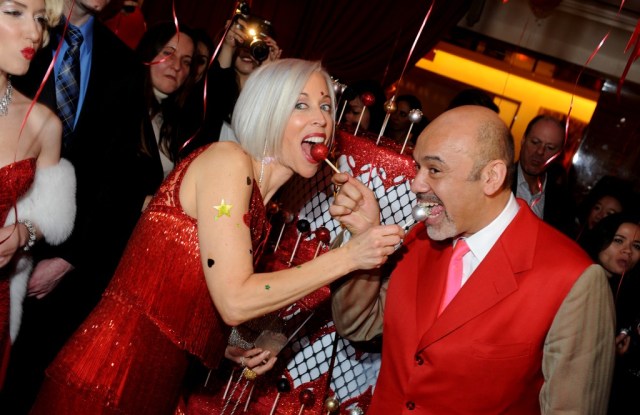 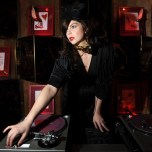 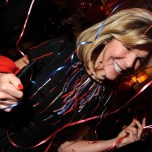 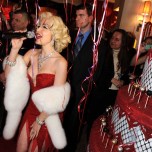 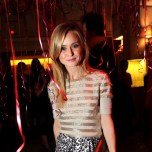 It seems that there cannot be enough celebrating for Christian Louboutin.

“Didn’t we go to this party two months ago, at Barneys?” one guest asked on Wednesday night at Bergdorf Goodman’s 20th anniversary celebration for the famed shoe artisan. While the Barneys-hosted cocktail and dinner party was actually four months ago, that reveler was not the only one wondering about all the to-do. Which isn’t to say that anybody minded.

“No such thing as too many parties,” Louboutin grinned. He had arrived an hour and 15 minutes into the red-spangled affair and was instantly besieged by fans, who pulled him this way and that, occasionally planting kisses on his cheeks for their camera-wielding friends. A glitter-strewn red-lacquered circular dance floor had been placed at the center of the second floor shoe salon (watched over by a corseted DJ who spun disco hits) and was avoided by most partygoers, who encircled it in the manner of grade-school mixers, waiting for someone to start dancing. Hundreds of red balloons floated overhead, their strings dangling into the faces of waiters carrying trays of pigs in a blanket, miniature hamburgers and paper cones full of truffle-scented tater tots.

Exaggerated hats abounded. Nearly everyone was in heels, Louboutin or otherwise.

Wendy Williams held court in a corner near shelving that had been cleared of shoes and filled with martini glasses and glitter-covered paper party hats and red streamers. She was wearing open-toe Louboutins topped with a voluminous tuft of black fur.

“Yes, honey!” Williams beamed of her footwear, “I love them. Men love them. We all love them. That’s why we’re here.”

Michelle Harper wore a floor-sweeping gown in Louboutin’s signature crimson, topped with a custom headdress. “I’ve got a stiff dress, I need a stiff drink,” Harper said, heading toward the bar. Selita Ebanks arrived around 10 p.m., keeping her Zac Posen trenchcoat buttoned up.

“Just here to say hi to the master,” she said, making her way to the corner where Louboutin sat encircled by guards and well-wishers.

Rumor has it that Louboutin himself is quite a dancer. Was it true that his career all stemmed from his dancing prowess at Parisian club Le Palace?

“Oooh…Wait and see,” he laughed, as cake pops boasting marzipan studs were distributed to guests and a Marilyn Monroe impersonator began to shimmy and croon.