Anne Hathaway, Aubrey Plaza, Amy Poehler and Angela Lindvall turned out to the Chateau Marmont to toast the line, Fine by DanniJones. 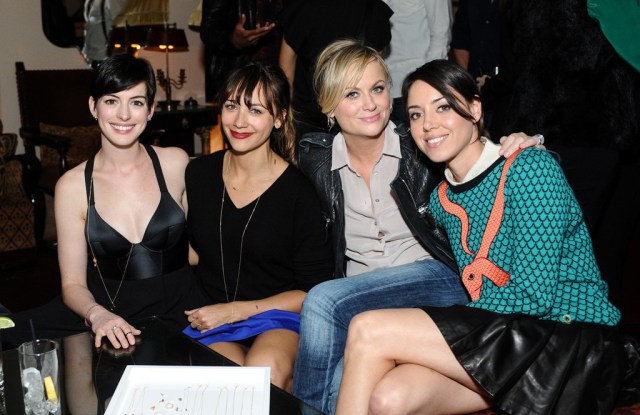 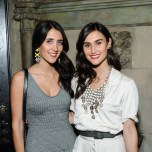 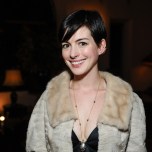 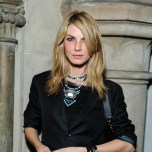 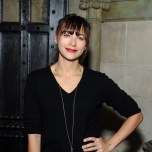 Hathaway cozied up on a couch inside, chatting with Aubrey Plaza, while event organizers scrambled to put the finishing touches on the dinner table outside. Attendees hardly noticed, though, since they were too busy ogling the delicate 18-piece collection of 10-karat-gold and 14-karat rose-gold jewels on display.

“They’re feminine and whimsical. It’s fine jewelry with a great sense of humor,” said Hathaway of the arrow, palm tree and unicorn-shaped pieces. “Jewelry is a new thing for me. I didn’t really love jewelry until Adam started to design and now he’s opened me up to this whole new world. As with everything, [my philosophy is] wear what you love and be grateful for how you got it. Normally I have what I have because my husband gave it to me.”

“It should have meaning,” added Shulman, who codesigns a jewelry line called James Banks.

The couple had another engagement to run to, but the remainder of the group — which included Amy Poehler, Plaza, Angela Lindvall and Sara Bareilles — moved to the garden terrace for an alfresco meal of kale salads and branzino with lentils.

“Rashida’s always surprising me,” said Plaza, taking her seat next to her “Parks and Recreation” costar turned multihyphenated friend. Jones sold three TV projects this year and has two films in the pipeline (“Decoding Annie Parker” and “Cuban Fury”). So what does Plaza predict is next for her BFF? “I am going to bank on maybe a senatorial campaign.…I think she’s going to do it all eventually,” Plaza deadpanned. “She’ll probably have a swimwear line coming out maybe next year. I’m already doing Pilates to get ready for that.”