There were food trucks, festival merch and live performances at Olivier Rousteing’s men's spring 2020 show for Balmain on Friday. 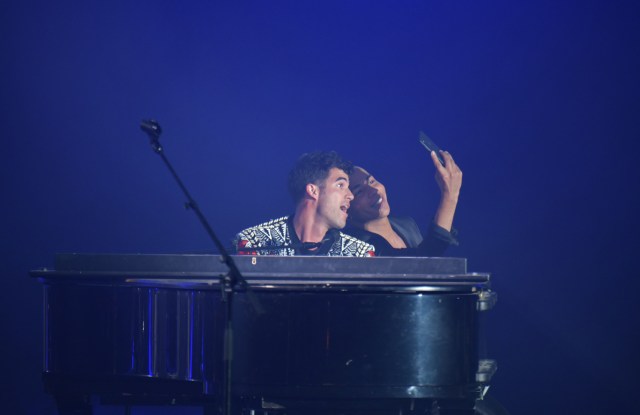 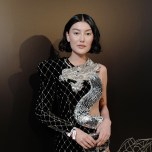 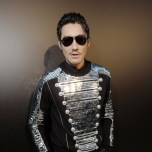 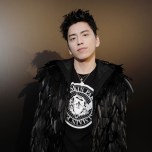 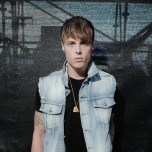 VIVE LA MUSIQUE: A huge stage was erected at the Jardin des Plantes on Friday, serving both as a runway for the Balmain men’s spring 2020 show and a stage for a one of a kind music festival, organized in partnership with (RED), the global nonprofit organization that raises critical awareness and funds to fight AIDS.

The event was organized on the occasion of the Fête de la musique, an annual all-night musical celebration taking place in the streets of Paris on June 21 and coinciding with Paris Men’s Week.

The set at Balmain.  Stephane Feugere/WWD

Guests, whether they were fashion professionals invited to the show or the 1,500 members of the general public who had booked their free tickets online, roamed among the festival site, stopping to buy drinks via their cashless electronic bracelet, grab a sandwich from one of the food trucks or nab the limited-edition “Balmain Festival” merch sold on the premises.

Spotted in the VIP area, model Natalia Vodianova was reminiscing about the best concert she ever attended.

“I remember seeing Dua Lipa perform at the Brits after party, there were maybe 100 people attending,” she recalled. “It was right at the beginning of her career and I thought, ‘Wow, this girl is going to be a big star.’ That was a really special moment.”

After the runway show, set to a soundtrack designed by French DJ Gesaffelstein, screams erupted as singer and actor Darren Criss took over the stage in a crystal-studded Balmain leather jacket as the first guest performer of the festival.

“I’m Darren Criss, and I’m playing covers of famous songs because they are better than my own and also it’s fun,” said the artist, who set the stage on fire with his convincing renditions of Prince’s “Kiss,” Queen’s “Don’t Stop Me Now” and Katy Perry’s “Teenage Dream.”

The evening continued with a moving performance by Rag’n’Bone Man, who opened his set with his hit “Skin,” before leaving the stage to Years&Years, who closed the festival just as the sun was setting over the Jardin des Plantes on the longest day of year.