Dave & Buster’s With the Gerbers and Gucci Mane

Paper Magazine took over the Times Square arcade bar for its "Beautiful People" party, with Kaia and Presley Gerber in attendance and Gucci Mane performing. 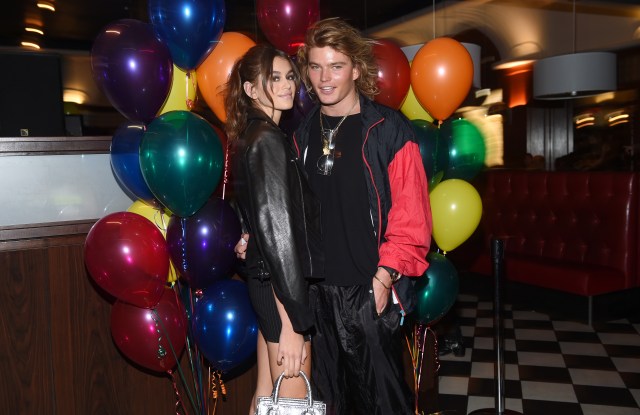 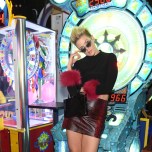 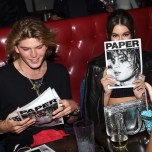 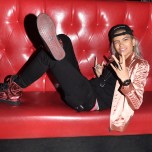 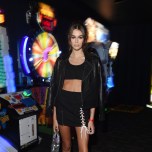 “Let’s try and sneak in through the Applebee’s.”

It was Monday night — Day Five of NYFW, but who’s counting — and safe to say we weren’t at the Carolina Herrera show anymore.

Hoping to provide some anecdotal fun to the structure of NYFW, Paper Magazine chose the Times Square location of multilevel arcade bar Dave & Buster’s for its “Beautiful People” party, sponsored by MCM, luring the public with a performance by Gucci Mane. And if everyone thought the scene outside Saturday night’s Philipp Plein show was chaotic, Paper was there to give it a run for its money.

Inside the venue (which for those who succeeded in entering meant through a freight elevator off the back entrance on 41st Street), guests like Paris Hilton (but of course), Kaia and Presley Gerber, Paper Magazine cover boy Jordan Barrett, D.R.A.M., Betty Who, Lady Kitty Spencer, Jamie Foxx’s daughter Corinne Foxx and Carmen Carrera posed with arcade games and milled about.

Related: So How Is Kaia Gerber Liking Her First NYFW?

Tables were set with marshmallows and packets of Fun Dip, while glow necklaces were distributed. A woman with a baby doll strapped to her hip bumped past, the doll’s head serving as her buffer. Allison Serafin walked carefully in her floor-length Gucci gown, fresh from Herrera’s MoMA garden show.

“She said, ‘I’m wearing Gucci to Gucci Mane’ — and that’s New York,” said Paper’s editorial director Mickey Boardman. “Only in New York do you go from Carolina Herrera at MoMA to Dave & Buster’s for Gucci Mane. And have the best time at both places.”

Ushering VIPs inside the roped off area, Boardman said the party too was an ‘only in New York’ moment.

“The thing that I love about this party is it’s on 42nd Street at Dave & Buster’s so you have Jordan Barrett and Kaia Gerber and Lady Kitty Spencer here on 42nd Street — it’s like why would you ever go to 42nd Street? But it’s so New York — it’s the most New York place ever.”

Any nay-saying of NYFW falls flat with Boardman. “I feel like New York is the best fashion week. People are saying, ‘Aw New York, Rodarte left and Proenza left,’ and I love that they’re spreading the gospel of American fashion around the world, but it’s like, in one day I went to a Martha Stewart for QVC event, then to a crazy Delta thing, then to Tom Ford, then rushed down to a Pat McGrath voguing ball — and it’s like, wait a minute, someone thinks we’re the poor stepchild?” he said. “I’m voguing with Pat McGrath in between Tom Ford and Calvin Klein, the best fashion show I’ve seen in five years? F–k you, is all I can say.”

And then it was time for Gucci Mane, who performed a set of two songs while partygoers scrambled atop ski ball machines to properly capture the footage. Anyone ready for Ralph Lauren now?

Cameron Dallas Is Ready to Cry on Cue

Petra Collins and Selena Gomez Might Be Writing a Movie Together