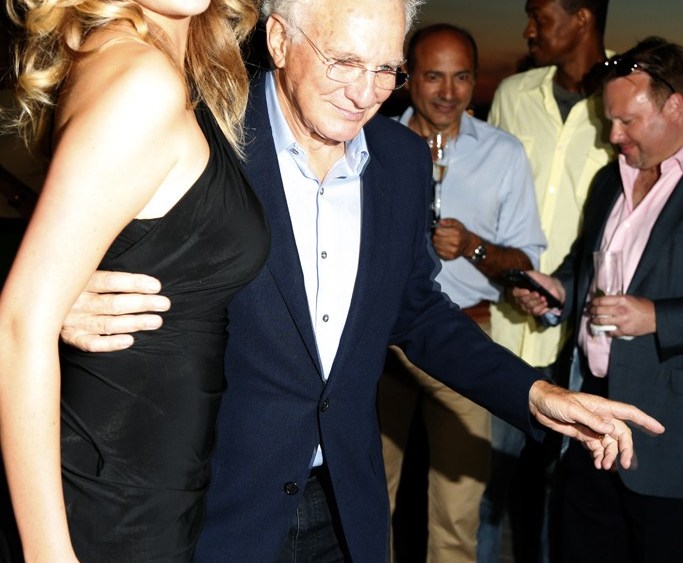 “We’re not about the models. The model is a mannequin. They are emotional mannequins,” Yurman said, as he pointed to a tight shot of Menghia flashed on the screen. “Madonna. She’s a Madonna. We got the real Madonna, not the singer.”

Shot in Malibu, Calif., by Peter Lindbergh, the digital, print and video ads will launch in August, according to chief marketing officer Billy Paretti, who described the concept behind the campaign’s name. “When we started identifying what to do next, we began thinking about the Yurman girl and who she is,” Paretti said. “We like the idea of contrasting ideas, minimal and abundant, masculine and feminine.”

Last year, Yurman featured Gisele Bündchen and a black horse for its fall campaign, but Paretti said the brand wanted to return to its roots by using an ensemble cast of models. What’s new this time is the use of juxtaposing concepts that each model typifies.

The executive said the brand chose Upton for her “modern, classic” look, and Hemingway for her “younger, cooler” vibe. Menghia was selected for her “natural glamour,” while Mali was picked for her “elegant yet simple-looking persona.”

“We did not shoot them as a group,” he said. “We wanted them to be separate to stay true to the concept. They were all easy to work with and were all very easy girls, and they all love the product, which doesn’t hurt.”

Speaking of the models, Upton was the only one to appear at the event, turning up in a black one-shouldered dress, right before its official 8:30 p.m. close, delighting stragglers and Yurman alike.