But first, the jewelry designer gives today's grads some practical tips on navigating the art world. 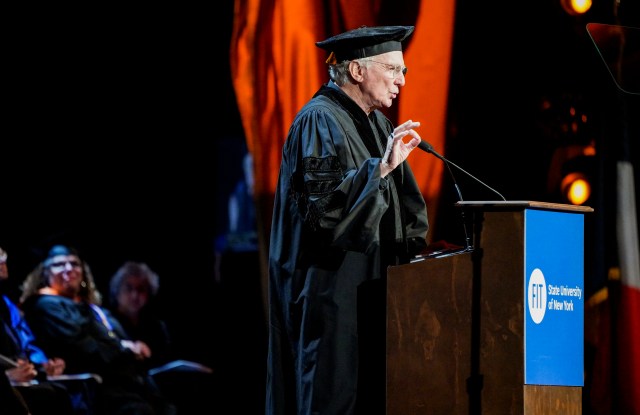 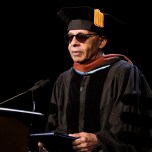 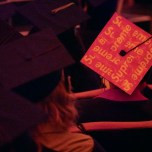 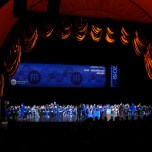 The trio were on hand Wednesday at Manhattan’s Radio City Music Hall to celebrate the Fashion Institute of Technology’s 2019 School of Art & Design commencement ceremony.

Yurman, along with FIT president Joyce Brown, valedictorian William Munn, student government association president Natalie Ho and a few professors, addressed about 900 undergraduate students, many of whom were in high spirits donning graduation caps decorated with tiaras and Supreme stickers.

“Who else has dresses made of seaweed?” Ho, who also served as FIT’s student trustee, teased the crowd full of family and friends. “I didn’t hear anyone from Parsons [School of Design] doing that.”

Good-natured ribbing aside, Yurman, along with Hilfiger, who spoke during the afternoon session and received the President’s Award for Lifetime Achievement, were there to talk about the challenges they had faced on the road to success.

“There were a lot of obstacles,” Yurman told WWD of his nearly 50-year career, which began in sculpting.

In fact, Yurman, who, along with FIT alum Burrows received the degree of Honorary Doctor of Fine Arts, remembers a time when he was dealing with little money, a case of ADD and lots of no’s. But Yurman didn’t listen.

“We did unusual things, like stacked jewelry,” said Yurman, who counts wife Sybil, a painter, as his closest adviser and confidante. “No one stacked jewelry in the Eighties. We put silver and diamonds together. ‘You can’t do that,’ people said. ‘You won’t find a buyer who will buy silver and diamonds.’ Or, ‘These bracelets will never sell.’ Cartier said that. Tiffany [& Co.] said, ‘[my jewelry] doesn’t have any merit.'”

Today, Yurman, founder of David Yurman Enterprises, a privately held jewelry company with boutiques around the world, estimates that about 40 percent of his business is made up of jewelry that includes both silver and diamonds. He is also often recognized as the pioneer of the open bracelet.

And interesting twist, considering he turned down an offer by Cartier to design an open bracelet — with a safety pin.

“I said, ‘Nah. My grandma has a safety chain on her bracelet. I’m not going to do it,'” Yurman recalled. “[Sybil and I] are both artists. We didn’t come into this with a plan to make money. Not that I don’t appreciate the money or that I’m not concerned with it. I am. But that wasn’t our goal.”

In fact many artists, including some of FIT’s and fashion’s most notable names — such as Michael Kors, Calvin Klein, Carolina Herrera and Nina Garcia — don’t always follow a straight line.

“It will take you a while to develop your voice as an artist, as an designer,” Yurman said. But he advises newbies to “Just tough it up. It’s going to be a while [before you’re successful.] Just stay with your voice.

“We [as artists] are about bringing our conscious feelings into reality,” he added. “Without that connection, we don’t have anything. Artists often don’t separate their realities from their dreams. That’s because you’re bringing your dreams to reality.”