Magazine hosts exhibition and party in London to mark milestone. 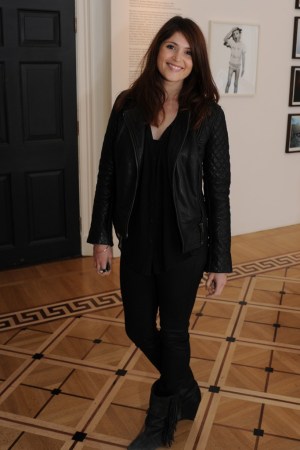 LONDON — “If only I could remember half the photos I’ve done with Dazed I might be able to tell you my favorite,” said Kate Moss as she breezed into the launch of an exhibition to commemorate 20 years of Dazed and Confused magazine at Somerset House on Thursday night. ”If I could get through the crowds into the exhibition I might be able to jog my memory,” Moss added.

Moss wasn’t the only one having trouble getting into the exhibition. Michael Stipe could only describe the crowd situation as “awkward” as he tried to make his way in to the room where his portrait was hung next to Moss’s.

“It’s a pretty big night alright,” said Dazed founder Jefferson Hack, who was decked in a Tom Ford suit and ruffled dress shirt. Hack lauded the shoots the late Lee Alexander McQueen did for the magazine. “He put so much of himself into the Fashion-able shoot, and it was so powerful at the time, and it still resonates really deeply,” he said.

McQueen’s creative director Sarah Burton was there, too, posing shyly for photos, and apologizing as she got in the way of partygoers jostling to get past her.

Guests included Katie Grand, Dinos Chapman, Erin O’Connor, Cara Delevigne, Lara Bohinc, Henry Holland and Marios Schwab — who had just returned from Hong Kong with the British Fashion Council. “I don’t know where my body clock is at this stage,” he said.