Natalie Portman, Mary J. Blige, Annie Clark and Didier Drogba were among the guests at the Hôtel du Cap-Eden-Roc on Tuesday. 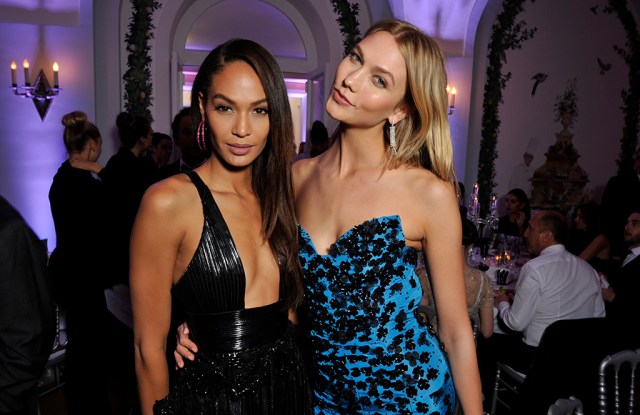 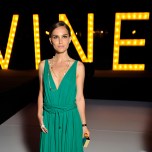 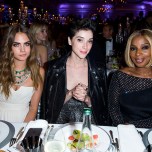 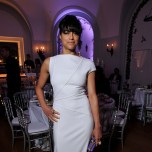 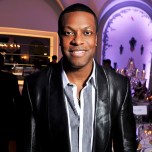 GIRL POWER: The Cannes crowd flocked to a star-studded dinner hosted by de Grisogono at the ritzy Hôtel du Cap-Eden-Roc in Antibes on Tuesday night, still clogging the narrow roads winding up the hill at 2 a.m.

The Swiss high-end jeweler was showcasing its Divine collection boasting a handful of rare green diamonds. “I don’t show them to the public, only to certain individuals,” noted Fawaz Gruosi, the brand’s founder and creative director.

The red carpet was jammed, too, as Adrien Brody, Antonio Banderas, Chris Tucker, Paris Hilton and Mary J. Blige made their entry. Natalie Portman, who is made her directing debut in Cannes with “A Tale of Love and Darkness,” had to be whisked away to the dark of the surrounding park after an erratic pack of photographers chased her to the bar, while Leo Di Caprio sneaked in through the backdoor.

The festival’s spotlight on women this year put some revelers in a feisty mood.

“It’s absurd that in 2015 half of the population is treated as a specialty or novelty,” observed Annie Clark, a.k.a. St. Vincent. The singer-songwriter came with model Cara Delevingne before heading back on her “Digital Witness” tour. Next stop is Boston, she said, where she will perform at a music festival.

Marchesa designer Georgina Chapman said she approved of this year’s theme, “because I’m a woman and because women have many facets to them.

“The view of women has been too one-dimensional,” she continued. “Even on the red carpet. I heard that we have to wear heels now! That’s a pretty narrow view of a woman. There should not be that kind of discrimination.”

The alleged refusal of female guests wearing flats to the Palais de Festival prompted the festival’s artistic director Thierry Fremaux to clarify via Twitter that “the rumor was ill-founded.”

Harvey Weinstein, Chapman’s husband, had his own set of rules: He sported a black suit and white-soled sneakers at the party.

Didier Drogba’s shoes were polished to the tip, but the Chelsea striker said it was purely accidental. “I just go to my wardrobe, I close my eyes and I pick one suit,” he joked about his animal print Tom Ford.

Drogba kept mum about rumors he might be off to the U.S. to play for the American Soccer League. “I’m back to where I belong,” he simply said of his surprise return to Chelsea last year.

“Fast and Furious” star Michelle Rodriguez had just slipped out of a racy car, which she drove across Europe as part of the Cash and Rocket tour alongside Valentino’s artistic director Maria Grazia Chiuri, and donned a pristine off-white Vionnet gown.