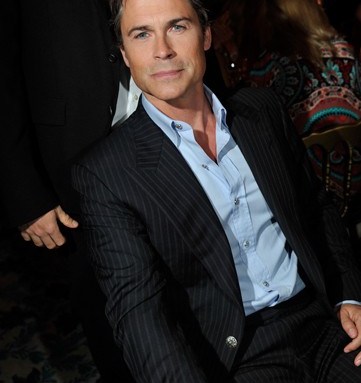 ANTIBES, France — Jeweler De Grisogono’s annual bash during the Cannes film festival featured gypsy musicians, a fashion show and fireworks — and that was before dinner.

Guests including Goldie Hawn, Harvey Weinstein, Quincy Jones, Naomi Campbell and Vladimir Doronin crowded into the pre-dinner cocktail held above the pool of the Hotel du Cap-Eden-Roc in Antibes, where sidestepping the long trains of evening gowns proved the main challenge.

De Grisogono founder and chief executive officer Fawaz Gruosi said he had picked a “gypsy glam” dress code for the party, now in its 10th year, in honor of his new muse, Italian model Bianca Balti. “Her face is like a gypsy’s,” he offered.

Carine Roitfeld donned a form-fitting black lace gown by Tom Ford, a cross pendant slung around her waist as a belt. “I hope he won’t mind,” she laughed. In town to curate a Karl Lagerfeld photo exhibition at Thursday’s amfAR gala, the former French Vogue editor in chief said she was also working on a book with the designer due out for Christmas.

She hinted that after several months of freelancing, she would be settling into a more permanent gig next fall — but not the rumored collaboration with Riccardo Tisci at Christian Dior. “They never asked me!” she said.

Meanwhile, her son Vladimir Restoin Roitfeld is branching out from art into aviation. RETNA, the graffiti artist he and his business partner Andy Valmorbida represent, this week unveiled a customized private jet in Geneva under a sponsorship deal the pair have signed with Bombardier Business Aircraft and VistaJet.
Boris Becker — accompanied by his wife Lilly — was making predictions about the upcoming Roland-Garros tennis tournament in Paris, for which he will provide television commentary. The former champion believes Rafael Nadal will fail in his bid for a sixth French Open title. “My favorite is (Novak) Djokovic,” he pronounced.

As models wearing black catsuits and million-dollar necklaces draped themselves over a Maybach car customized by De Grisogono on the terrace outside, Rob Lowe huddled in a corner with his iPhone. “I’m trying to reach my kids in the States,” he explained.

Adriana Karembeu swept by in a black tulle gown by Polish designer Ewa Minge. The towering former Wonderbra model, recently separated from her retired footballer husband Christian Karembeu, said she was in the process of listing her cosmetics and spa management firm AKD on the Paris stock exchange.
“We’ll know the result in two weeks,” she said. “We’re in 21 countries, so this is the logical next step in our evolution.”

It was midnight before guests sat down to a dinner of lobster, veal and a shortbread dessert. Some of the women seated on the terrace section of the upstairs dining room huddled under gold foil survival blankets to ward off the cold, but the night had just begun.

Will.i.am and his Black Eyed Peas acolytes Taboo and Apl.de.ap rocked the crowd with a live concert into the early hours. At 2.30 a.m., Leonardo DiCaprio made a brief appearance, slicing through the crowd with the help of several bodyguards.