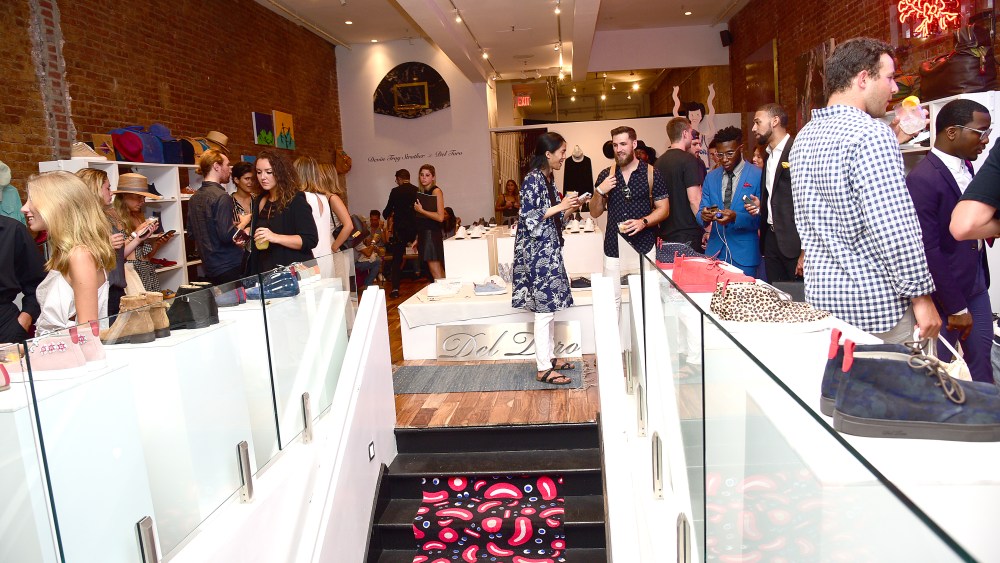 New York Fashion Week: Men’s is rounding out its third iteration, and while the designers might have things sorted out, the party scene is still working to find its footing. Europe’s offering proved tough acts to follow: in London, Samuel L. Jackson, Anthony Mackie and Lou Dalton did karaoke; in Milan, Prada gathered Mia Goth, Ansel Elgort, Raf Simons and Jessica Chastain for dinner and drinks; Paris had Tinashe performing to toast Diesel’s latest fragrance and Robert Pattinson and A$AP Rocky celebrating Dior Homme. The New York scene is giving it its all, but naturally playing some catch-up.

On Wednesday night, Del Toro opened the doors of its SoHo shop for a cocktail in celebration of its collaboration with Superga, which features four styles available in limited editions at the two brands’ stores, as well as Saks Fifth Avenue.

“The common ground is really Italy,” Del Toro’s president and creative director Matthew Chevallard said of the collaboration, which includes two styles, low top and mid top, done in ostrich and suede. “They’re also from Torino, which is where I was born. The Superga owners are longtime family friends — they actually introduced me to my factory in Italy. So it’s kind of a full-circle moment, six years and some change later.”

Of the shoes, he explained that the “whole concept was to premium-ize the Superga line and create some masculinity in it. So that’s why they came to us, to apply our DNA to the project. We put our red tab, our trademark, on them. It’s exciting, it’s cool.”

Guests included Brendan Fallis, a fixture throughout the week, who made it down for a DJ session after attending Mr Porter’s block party. Despite the crazy heat in the air-conditioning-free boutique, downtown sneakerheads donned hats, overalls and wool blazers with great bravery, slurping cocktails composed of Casamigos, George Clooney’s tequila, mixed with Tropicana.

Chevallard’s take on the New York brand of men’s collections was positive, though his schedule hasn’t allowed him to take in much “Yes and no, not a crazy amount,” he said of his appearances. “I’ve been busy in the store with appointments. We’re in market now so we’ve been having appointments here, our showroom is in the back.” That said, he’s enthusiastic. “I think it’s amazing, the whole platform. It’s definitely still a learning curve but it’s awesome. It’s a step in the right direction.”