The model talks about her new campaign with Botkier and going back to school. 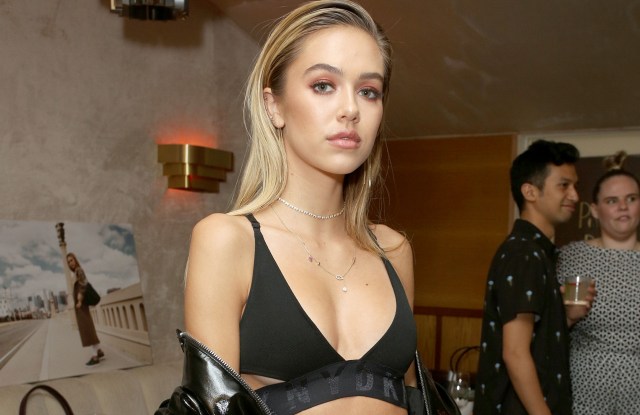 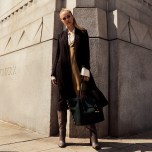 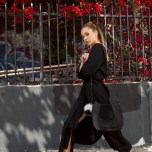 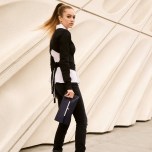 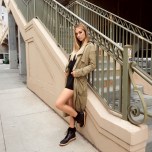 She may have been born with famous parents, but Delilah Belle Hamlin is coming into her own as a model and up-and-coming “It” girl.

Hamlin, whose parents are Lisa Rinna and Harry Hamlin, signed with IMG Models in April and has been operating at breakneck speed since. She walked her first catwalk in February for the Tommy Hilfiger show, and on Tuesday evening helped Botkier celebrate its fall campaign in which she was featured with a dinner in West Hollywood where she talked about work and moving to New York.

On seeing herself in Botkier’s fall campaign: “I actually haven’t seen [the campaign images] yet. Oh, my God. I didn’t even notice they were here [in the room]. Oh, they’re cute. That’s so cool.

On working with Botkier: “I think it made sense [to work together] because it’s more of a classy-yet-youthful brand. And it’s a New York street-style type of brand. I’m moving to New York and I model in New York and I would totally wear all the stuff, so it was a perfect match. I really like the cowhide tote. I love the zip-up knee-high boots. Really cute. It’s really nice to be able to walk into a shoot and wear really cute clothes that you would actually want to wear and buy.”

On moving to New York: “I’m currently moving in as we speak, but I’m going to be living half in L.A. and half in New York until January. Then in January I’m going to NYU so I’m moving fully in January. I’m nervous. I’m nervous because of how crazy work has been. I’ve just been traveling. I just got back from Canada, New York, Tokyo. I’m just nervous about how I’m going to juggle school and modeling. School’s definitely one of my top priorities. And I’m also nervous because New York is such a busy place, but I’m excited because I love the fashion in New York. I love the energy in New York.”

On her major in criminal psychology: “When I was — this is kind of weird — but when I was younger I would watch ‘Kim Possible’ and I would be like ‘Oh, my God. I want to be a secret spy.’ And then I started watching ‘Criminal Minds’ and I really fell in love. It was so interesting. I took a course on criminal psychology in high school and it was the most interesting thing ever so I want to study that.”

On what’s next: “I honestly don’t know what I can talk about. I definitely have some things coming up. I go to New York [Wednesday] for work so I’m pretty excited about that.”