More than 600 people showed up to support FIT at its annual gala Monday night at The Plaza, which raised $1.7 million.

By Rosemary Feitelberg and David Moin on May 10, 2016
View Slideshow 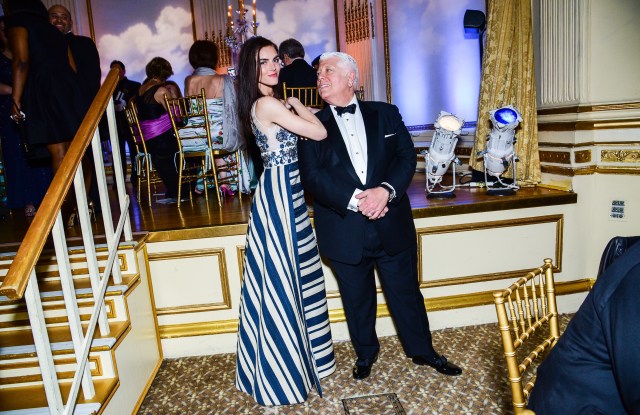 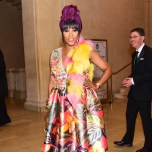 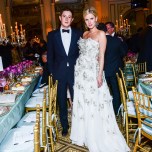 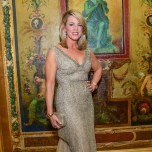 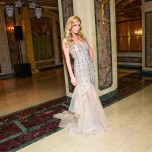 As the Designer of the Year honoree at Monday night’s Fashion Institute of Technology’s annual awards gala, Dennis Basso was a centrifugal force of hugs and air kisses. Like much of what he does professionally, the occasion was personal.

Many friends and guests wore Dennis Basso gowns, and the sellout 600-person crowd helped to raise $1.7 million for FIT. Hilary Rhoda (who appears in the designer’s new ad campaign) and her husband Sean Avery attended the dinner, as did loyalists like Ivana Trump, Denise Rich, Yaz and Valentin Hernandez, Deborah Norville, Paris Hilton and her sister Nicky Hilton Rothschild and Neil Sedaka. The black tie event also saluted Laura and John Pomerantz as Patrons of the Year, and QVC as Retailer of the Year.

During cocktails, Basso said, “It is such an unbelievable feeling and a feeling of accomplishment. And it’s for such a great cause — FIT. We raised $1.7 million tonight for FIT. People are here to support me. As opposed to having a celebrity-filled night, tonight has a personal feeling — that’s what’s so important.”

True to form, Basso was deeply involved for the past few months with the planning of The Plaza event, helping Susan Holland with the décor and selecting the menu and Mahir-designed flowers, according to his husband Michael Cominotto. “He’s really very humbled by his alum giving him this honor. On and off, he talks about FIT a lot. He liked it very much.”

Denise Rich recalled how one of the first times Basso showed his furs was in the garage of her Aspen home. Noting that the designer now has an outpost at the Little Nell Hotel in her ski town of choice, Rich said, “I’m so proud of him for how he started and how he has evolved. His clothes are beautiful too.”

Being at the Plaza for Basso was a flashback for Paris and Nicky Hilton, who once modeled there as teenagers for one of the designer’s fashion shows. Having known Basso her whole life, Paris Hilton said, “He was always Uncle Dennis to me. I  always just thought he was fabulous. He was cute and poised. He always dressed my mom’s friends in the most beautiful clothes. I always loved him as an inspiration for fashion.”

Enthusiastic as she was about Basso’s new collection in his Madison Avenue store, Hilton has her own label to keep track of. With 17 product categories, Hilton said she will launch her 21st fragrance this summer and antiaging skin care line for Millennials.

“FIT works hard to be affordable but even our market rates are too much for some of our students to afford,” said Dr. Joyce Brown.

“I’m so proud of my wife and what she has accomplished,” said John Pomerantz. “Laura and I have been married for 40 years. For the first 20, it was always Laura being introduced as John Pomerantz’s wife. For the second 20 years, it’s been John, he’s the husband of Laura Pomerantz.”

“Laura is one of the dominant people in the mall-leasing business,” said Bill Dillard 2nd, the head of Dillard’s Inc. and a golfing buddy of John’s.

“Dennis took a chance on us when we were a small start-up company two-and-a-half decades ago before it was a smart thing to do,” said QVC’s Michael George.

“Twenty-five years ago, I thought, who’s watching that? I don’t know but I want to be on TV,” said Basso, who observed that seeing many of the guests at the Plaza wearing his gowns was like being in a “moving museum…whether or not you are wearing my dress, you are all still pretty.”

FIT’s Brown said, “I love his passion. His extravagance. His moxie. His heart. For Dennis, too much of a good thing is just the place to start.” She introduced Basso as “the son of a New Jersey produce importer” and a “scrappy, risk-taking entrepreneur. He was a kid with a dream.”

During the cocktails, Carol Alt described Basso’s straight-to-the-chase way of dealing with people, “Thank God you’ve got your own real hair. It’s so hard to dress women when they don’t have their own real hair. He sees all the secrets.”

While many of the gown-wearing women in the crowd went for knockout looks, Alt is working on one of a different kind — producing a documentary about legendary corner man Lou Duba, the inspiration for Sylvester Stallone’s trainer “Mickey” in the “Rocky” films. “He’s 94 and has been doing this since the 1930s. He started out as a spit boy and he became one of the greatest trainers of all time. The thing that is so great about him is it’s really a family story — the entire family is involved.”