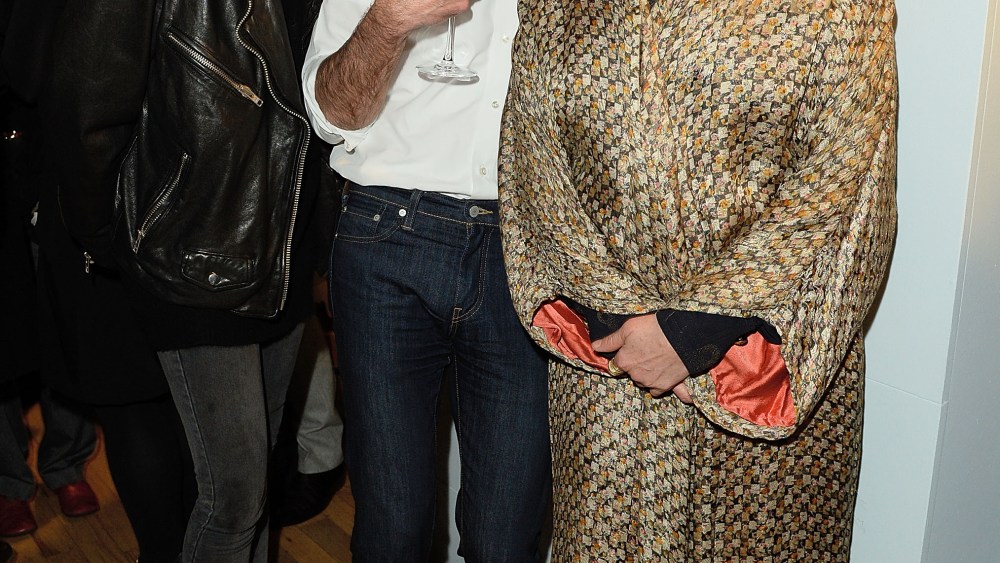 London’s party-thon showed no signs of waning — it’s Frieze Art week, after all — with parties by Liberty, Aquazzura, Edeline Lee and Brand of Sisters.

“Of course they’re wearing gold high heels. Why shouldn’t they?” said Edgardo Osorio, the brand’s creative director and cofounder. “I haven’t tried them yet myself. I probably should, though. One night I will wear some out dancing.”

Shoes were not the only thing on Osorio’s mind this week. He’d been to visit Frieze and the PAD art and design fair in London’s Berkeley Square.

“There are so many things I wanted to buy but I didn’t,” he said. “I did buy a mirror at PAD. It was in the shape of a Dalí eye in bronze, and it has a convex mirror in the middle. I’m going to put it in my bedroom.”

Speaking of men in ladies’ shoes, drag queens and others showed up for Ed Burstell’s book launch at Liberty. “This is surreal. Totally weird,” said Burstell, the store’s managing director, as he wove his way through a room of balloons, their strings tickling guests on the nose.

Burstell’s memoir, “From Rehab to the Front Row,” launched this week, and he marked the occasion with lots of disco music, Earl Gray-infused sweet cocktails and guests like Ozwald Boateng, Alice Temperley, David Downton, and Sylvie Chantecaille.

“This is my favorite store in London — by a mile,” said Matthew Williamson. “I was here looking around two days ago and I’m still buzzing with inspiration. Whatever Ed is doing is incredible.”

North of Liberty, in the VIP room of Frieze London in Regent’s Park, Edeline Lee and Brand of Sisters hosted a dinner to mark their collaboration.

The fashion label and social enterprise Brand of Sisters teamed with Lee on a scarf collection to aid Women for Women International, a charity that supports victims of war.

The “Edeline Lee X Brand of Sisters” collection includes 15 scarves with arrow patterns made from cashmere, heavy silk, wool and cotton. Fifty percent of the proceeds will go toward the charity.

“For my fall collection, I worked with a lot of arrows. I was trying to place who and where my woman is and so I kind of did arrows,” said Lee.

While the rest were whooping it up, Zaha Hadid was in conversation with Julia Peyton Jones, co-director of the Serpentine Gallery. Hadid was talking about her latest design project, 520 West 28th, a luxury, residential high-rise in Manhattan’s Chelsea. It is her first design project in New York.

Hadid, who was speaking at the Serpentine Sackler Gallery, touched on the changing language of architectural design. She said she doesn’t use the computer to sketch out her ideas. “I don’t use anything anymore. I used to sketch on paper and then pass it to someone to discuss building the plan. I just don’t do it anymore because the language has changed and people just don’t understand it. I might as well be drawing hieroglyphics,” she said. “Drawing was a very important element back then. But now, the new generation builds the 3-D plan first and then cuts it in the middle. It is very different.”