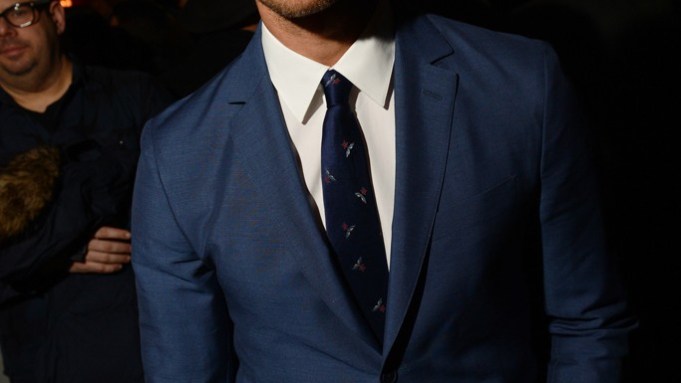 Details magazine featured a couple of generations of male models, the top 10 still working, on its March cover, an unusual move that’s an attempt to position itself as the more fashion-focused among its competitors. Those other magazines still prefer to feature celebrities on their covers.

“Their focus is to reintroduce fashion into the magazine as it used to, the male model and that aesthetic,” said Tyson Ballou, referring to Details. “They’re trying to create something that separates them or returns them to their roots.”

Americans, though, are so used to actors on their men’s magazines, it’s jarring not to see a George Clooney-type staring back at them. Will guys respond to the magazine’s wager?

“They’re more receptive these days with there being a kind of semi, metrosexual revolution in a way.

They’re more receptive to a model on the cover as opposed to a girl in a bathing suit, they’re more interested in fashion and taking care of themselves than in the past,” he said.

“Why can’t it just be me?” Ballou said. “That was my reaction initially.”

He was talking from a party for the March issue Wednesday at Stephan Weiss Studio in Manhattan’s West Village. He was, of course, joking — the guys on the cover have all worked together at one point or another and are part of a small club of male models that have actually stayed in business despite the fickleness of their trade.

The party was a testament to that sentiment and the fierce competition for stature among younger models. It was swarming for the occasion with striving, 10-foot-tall Adonises with big foreheads, each hoping to reach the career heights of those elders who made the cover.

Neff, who’s only walking the Nautica show this New York season, was relieved to be lowering his runway appearances.

“If you’re walking a lot of shows, and you’re young, it’s exciting and new. But once you’ve been doing it for a while, you don’t really want to spend the time going to castings and fittings and the callbacks because the outfit wasn’t right, then you show up and you do one show but you have to be there four or five hours in hair and makeup and then the actual show,” he said, sounding like a war-weary veteran. “You sit around a lot.”