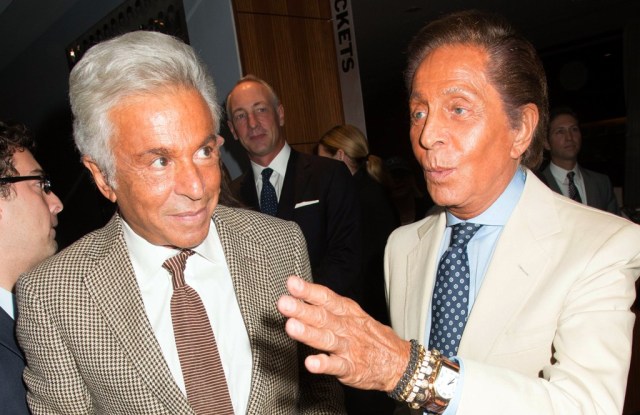 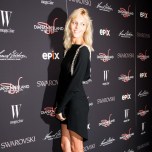 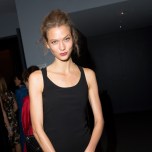 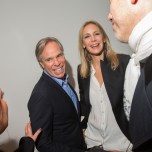 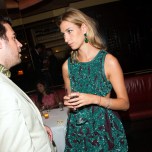 In fashion circles, just about everyone has a story to tell about Diana Vreeland, the legendary editor in chief of Vogue and former fashion editor of Harper’s Bazaar. Some editors talk of working with her, others how they are inspired by her. Shortly after “Diana Vreeland: The Eye has to Travel,” was screened Saturday night at the Museum of Modern Art, care of Swarovski and W magazine, Stefano Tonchi, Valentino Garavani, Franca Sozzani and Brooke Shields lingered outside to share old memories.

“I met her for the first time in Rome,” said Shields. “I was with Valentino. I was 15 and there to do a collection. She came over to me at a restaurant and just said ‘You’re fabulous. Stay sweet and don’t ever do anything you don’t want to do.”

The 90-minute film, directed by Lisa Immordino Vreeland, presented the editor’s life from her birth in Paris to near the end, when she sat down with George Plimpton for her memoir. Much of the film is guided by her own words to Plimpton that were recorded in a series of interviews (provided by voice actors in the film) where one unforgettable quote from Vreeland was quickly outdone by the next.

At the after party at Monkey Bar, Vogue fashion director Tonne Goodman said the training she had working under Vreeland at the Metropolitan Museum of Art set the course for the rest of her life. “I had just dropped out of art school and this was my first commitment after that,” Goodman said. “She taught me so much. She said when you need to make a phone call, never talk to anyone but the president of the company. It was a good lesson to learn, to get the answer you wanted.”

As a designer, Peter Som said he’s been obsessed with Vreeland for years.

“She really invented what modern fashion is,” said Som. “A lot of what we take for granted in magazines today, she was the one to start it. What she did was quite revolutionary. She knew that clothes are just clothes. But fashion is the fantasy.”