Hedges showed up to the event with Taylor Russell, whom he's rumored to be dating. 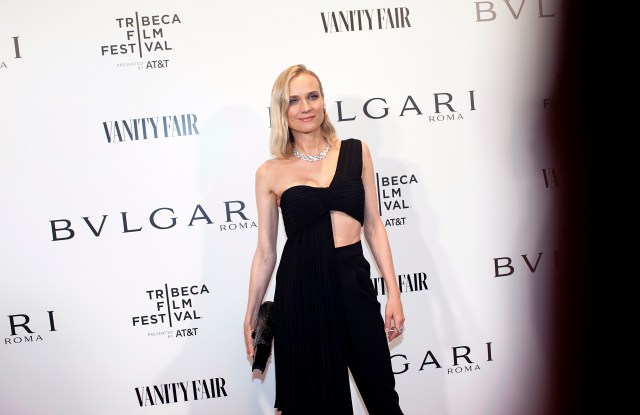 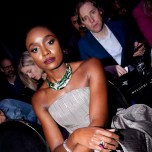 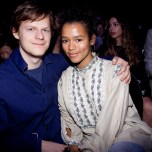 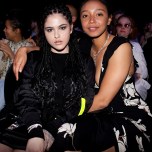 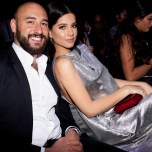 The first time director Eliza McNitt watched the film “Celestial,” a movie about her journey creating a virtual reality installation for her grandparents, she cried most of the way through it.

“I sobbed my eyes out,” she said on Tuesday night in New York. “It was truly beautiful.”

McNitt joined the maker of “Celestial,” Ro Haber, along with Diane Kruger, KiKi Layne, Lucas Hedges and more, for a special screening of that movie and “The 4th Wave,” on the eve of the Tribeca Film Festival. The two films were the product of a partnership between TFF and the jewelry brand Bulgari, which in 2018 inked a multiyear deal to commission films that highlight trailblazing women’s stories.

Alessandra Prete, the Italian musician known by the moniker Priestess, took pictures with Savannah Leaf, creator of “The 4th Wave,” prior to the screening and panel discussion put on by Vanity Fair that followed.

Kruger, who gave birth in November, has said she won’t start looking at new work until at least the end of the summer. In the meantime, a few interesting project proposals have come her direction.

“But it’s definitely been hard to get away from home,” she noted.

Kruger declined to give comment on her five-month-old child — who is the subject of the tabloid obsession. But when asked what she’s working on, she did joke, “Getting my baby to sleep.”

Layne would not be watching any other Tribeca Film Festival movies, she explained, because the next day she’d be on a flight to London. She’s starting to film the Netflix action movie “The Old Guard” there and is looking forward to getting started with her costar.

“I’m gonna be kicking some ass with Charlize Theron,” she said.

Hedges slinked behind the photographers and reporters crushed together on the red carpet and went upstairs to the theater. There, he took his seat next to the Canadian actress Taylor Russell, whom he’s rumored to be dating. He didn’t say no to pictures, though, and put his arm around Russell when a photographer got his attention nearby.