The German actress joined Marion Cotillard and Monica Bellucci at the event cohosted with the Césars, the French equivalent of the Oscars. 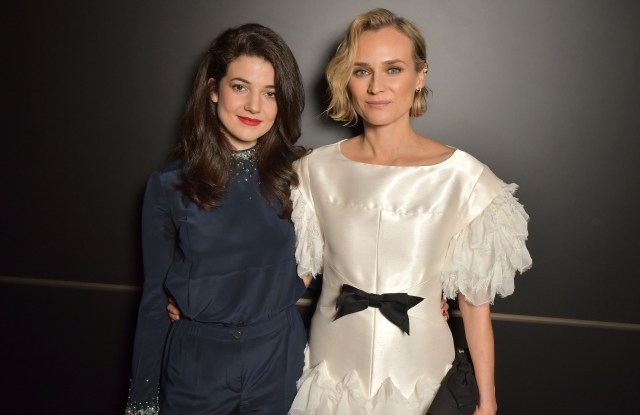 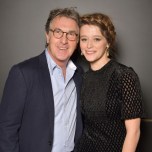 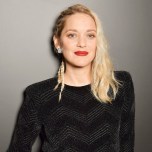 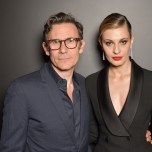 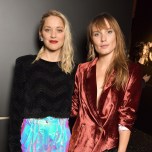 PARIS — Chanel took over the majestic Petit Palais in Paris on Monday night for a cocktail and dinner celebrating rising French film talent, marking its first turn as official partner of the Césars, France’s equivalent of the Oscars.

Marion Cotillard, Diane Kruger, Monica Bellucci, Léa Seydoux and Gaspard Ulliel were among the seasoned actors selected to chaperone the 36 young thespians competing for this year’s award for most promising actress or actor at the awards ceremony, scheduled for March 2.

Kruger, accompanied by her protégée Esther Garrel, was gearing up for the French release this week of “In the Fade,” the critically lauded movie that earned her the best actress award at last year’s Cannes Film Festival.

The film has made the shortlist to be nominated for the Oscar for best foreign-language film, and Kruger is being touted as a potential nominee for best actress. The Academy Award contenders are due to be announced on Jan. 23.

“The film has received so much interest since Cannes in May that this feels like the cherry on the cake. None of us were expecting any of this, so whether it happens or not, I feel like I’ve already won an Oscar,” she said. “I most probably won’t be nominated, because the field is too crowded this year, but obviously I hope the film will be.”

The German actress said she was particularly happy to support Garrel at a time when female solidarity is in the spotlight, thanks to the Time’s Up protest against sexual harassment, which she supports.

“I remember when I started out, I wanted someone to show me the ropes,” she said. “I’d never been in front of a camera and I appreciated it so much if an older actor, especially an actress, gave me guidance and watched over me, so I very much want to do the same.”

Garrel, who stars in the equally acclaimed “Call Me By Your Name,” said she was happy to be mentored by a performer she admires for taking on diverse roles. “It feels like I have a big coat — it’s very pleasant. It’s warm and comforting,” she enthused.

With 26 film and television credits to her name, Ana Girardot is not exactly a young hopeful. Nonetheless, she was happy to be paired with Cotillard for the event. “I have always admired her as an actress for the way she tackles the characters she plays. She gives herself completely,” said Girardot.

Indeed, Cotillard was almost unrecognizable with mid-length blonde hair plaited on one side. Though her holographic pants made her impossible to miss in the crowd, photographers at one point threatened to back into the star. “Stop pushing, for crying out loud!” she shouted in mock outrage, before breaking into a hearty laugh.

The Oscar winner said she dyed her locks for “Gueule d’ange,” a French film in which she stars as a single mother who abandons her eight-year-old daughter. And while Girardot may not need her advice, Cotillard believes a little extra spotlight never hurts.

“She’s a great actress and I think it’s great for her to receive this recognition today. It’s important because even if she has a career that is already quite substantial, she’s a young actress and you always need to be supported and loved by your peers,” she mused.

Bellucci certainly had warm words for Nahuel Pérez Biscayart, the Argentine actor who made a splash at Cannes in “BPM (Beats Per Minute)” — and who stood just out of earshot.

“A lot of truth, sensitivity, something he communicates with his eyes without speaking a word, an ever-present emotion, and his effortless style of acting — as a result, it’s very fresh and alive,” said the Italian actress, who just wrapped “Nekromancer,” a sci-fi horror film directed by Kiah and Tristan Roache-Turner.

Before dinner, guests took in black-and-white portraits and a short film featuring the 36 hopefuls, shot by Deniz Gamze Ergüven, the Franco-Turkish director who has close links to Chanel. The portraits were taken in the private apartment of the label’s founder, Gabrielle “Coco” Chanel.

Bruno Pavlovsky, president of fashion at Chanel, said the house jumped at the opportunity to support the event, long under the patronage of jeweler Chaumet. “Chanel has long had a strong relationship with cinema,” he said. “This is an opportunity for us to engage a little differently.”

In addition to hosting dinners during the Cannes and Tribeca film festivals, and in the run-up to the Oscars, the luxury brand has helped fund movies by French director Olivier Assayas, including “Personal Shopper,” starring Chanel brand ambassador Kristen Stewart.

Chanel is always on the lookout for rising talents, Pavlovsky noted. “This allows us to get to know them better, to foster the relationship we already have with some of them, so it allows us to better prepare the next stages — their future, and also our future,” he said.

There’s a personal perk in it, too: Pavlovsky received a box of DVDs containing all the films for which the young actors were shortlisted this year. “It certainly helps to beat the winter blues,” he said with a smile.