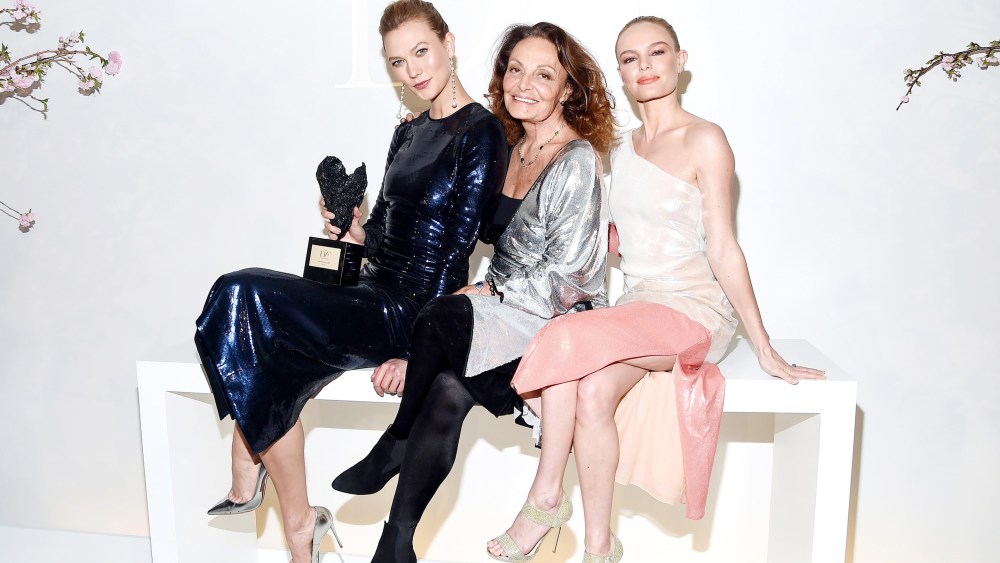 Around 6:30 p.m. at the United Nations on Thursday, Diane von Furstenberg told the bartender she didn’t need ice in her drink. Outside, guests and members of the press were experiencing a massive security delay that spanned about two hours. Von Furstenberg herself felt so bad about it that she apologized during her speech later that evening, saying, “Everybody felt like an immigrant as you were going through.”

“When you look at the history of what was there when Diane and my mom and a lot of these women of that generation [were coming up], the path did not exist,” Ross, who has known von Furstenberg since she was a little girl, said from the press room. “They paved it from nowhere, and it’s an extraordinary example for a human being to see that it doesn’t always take it having been done before. I think tonight is an example of what happens when the legacy of a dress turns into the legacy of a woman making space for other women.”

Allison Williams called von Furstenberg “a fairy godmother,” adding that she spends a lot of time with the designer and her family. “I come from a long line of matriarchs,” she said. “There are a lot of strong women in our bunch, which is where I feel comfortable, which is why ‘Girls’ has been so much fun.”

Von Furstenberg said that her biggest inspiration was her mother, who spent 13 months in the Auschwitz concentration camp. During her speech, von Furstenberg recalled recently seeing a photo of her mother in a museum, a memory that nearly brought her to tears on stage.

She shared two pieces of “big advice” for young women today. Number one: “The most important relationship in life is the one you have with yourself” — a tidbit she says is “the best” advice she has to offer. And secondly, “When you wake up some days and you feel like a loser remember that if you doubt your power, you give power to your doubts. That’s my gift.”