The designer was in town to sign copies of her latest book, now published in French. 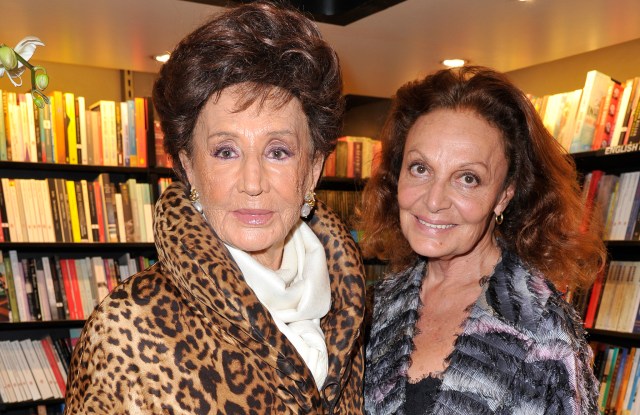 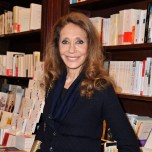 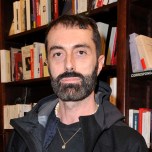 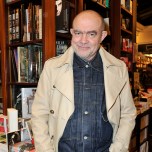 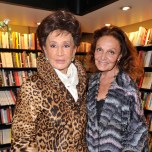 “Ooooooh,” Diane von Furstenberg cooed repeatedly on Friday night as a stream of notables filed into the Galignani bookstore in Paris, where the designer was signing copies of her book “The Woman I Wanted to Be,” now published in French by Flammarion.

“Patrick,” she squealed, as Patrick Mauriès closed in for a hug. “He’s the most incredible writer,” she said by way of introduction to the author of “Cabinet of Curiosities” and several tomes about Christian Lacroix, who also attended with a beige trench layered over a dark denim jacket.

The designer rattled off five operas and dance performances he is costuming in the French capital. “I will be in Paris a lot,” he smiled, also mentioning a project in St. Gallen, Switzerland, whose elite fabric houses nourished his  couture.

“I just signed a copy for you,” von Furstenberg said as Countess Jacqueline de Ribes arrived, doffing her long animal print puffer coat and falling into conversation with her longtime pal.

“We’ve known each other since we were 17,” said Marisa Berenson, her hands bedecked in snake rings and one with jutting crystals. “She always draws a crowd.”

François-Marie Banier, Giambattista Valli and Jacques Granges were among guests swilling Ruinart Champagne and mingling with Betty Catroux and other members of the old guard Yves Saint Laurent crowd, for François Catroux was also in the house signing copies of his new book, for which von Furstenberg wrote the preface.

Berenson revealed that she’s about to start writing her next book, a compendium of life lessons and the quest for beauty, inside and out.

“What I’ve learned and what I want to share with others,” she said, noting the tome would delve into everything from meditation and skin care to her lifelong devotion to healthy eating.

Asked for tips on a healthy breakfast, Berenson said she eats only “gluten-free, dairy-free and sugar-free” things. “It’s been an ongoing process since I was 19 years old.”