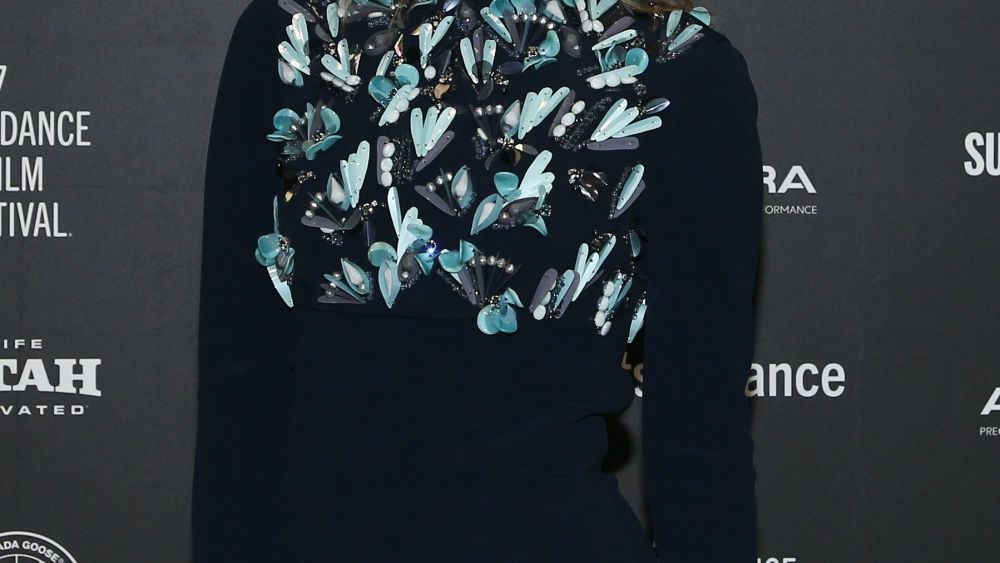 Dianna Agron, Aubrey Plaza, Jenny Slate and Dree Hemingway were among the stars who helped launch the first weekend night of the Sundance Film Festival 2017 in Park City, Utah. Following its well-received Friday evening premiere at the Eccles Theater, “Landline” celebrated with an early evening cocktail party held at the base of Main Street in the Acura Studio.

“Join the party!” Slate said, beckoning her writer/director Gillian Robespierre and costars Abby Quinn and Jay Duplass to join her for a cast and crew photo. While the group appeared to be in a celebratory mood, Slate said they were all still recovering from the screening. The film, which follows two sisters in 1995 Manhattan, proved surprisingly sentimental.

“It was extremely emotional,” Slate said of watching their drama-comedy with an audience for the first time. “I cried a lot. It’s weird. I don’t seem to recognize myself. I just watch it [like any other theatergoer.]”

“You want to go and celebrate and rah-rah-rah,” Duplass added, “but I’m kinda heartbroken right now, so I’m still processing it.” Even so, he found some humor in the experience. “There’s a lot of sex in it,” he chuckled. “It’s weird to watch other people watch you have sex.”

Slate and Robespierre had their first Sundance hit in 2014 with “Obvious Child.” “It’s an honor to have the community believe in us in this way, so that we are encouraged to not just continue to make work, but to make work that is new for us and push our limits,” said Slate.

Shortly thereafter, the Stella Artois Filmmaker Lounge hosted a slew of cast parties — beginning with “Novitiate,” a Sixties-set drama about a teenage girl who trains to become a nun.

“Especially as I’m getting a bit older, I’m very fascinated by faith and what drives people to be faithful, how you grow up and how that influences you,” said Agron, who plays the girl’s instructor. “I grew up Jewish. This film was something that I had to do a little bit of research for. The subject matter was interesting because of that.”

Agron said she’d flown in from England the night before. “I’ve been living in London for the last two years and I’m moving to New York now,” she said. While Agron was mum on her newest project, she did share that she’s been writing in her free time. “It’s something I’ve done before, but I didn’t have the time or inspiration that I am finding right now.”

The Stella Lounge also played host to the cast of “Ingrid Goes West,” Elizabeth Olsen and Aubrey Plaza’s comedy about a mentally disturbed woman who becomes obsessed with a social media star.

“It’s so loud!” Hemingway said, as she slipped away from a blaring speaker to talk shop following her film’s premiere.

Her film, a comedy about thirtysomething Angelenos, held an even rowdier after party at AT&T at the Lift where Robert Schwartzman’s band, Rooney, performed. “I’m really excited about that,” Hemingway said. “I haven’t been out in a really long time.” Meanwhile, Duplass said, “I have kids. I wake up very early in the morning. I go to sleep very early. If that is disrupted, terrible things might happen, but I have a feeling that’s going to happen.”