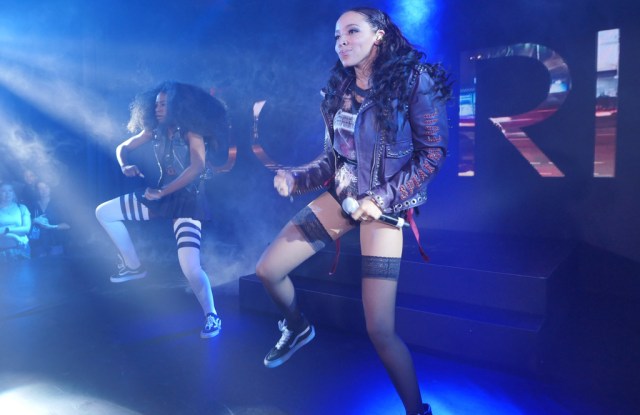 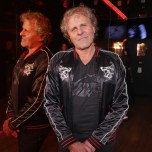 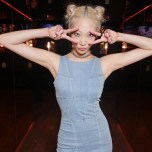 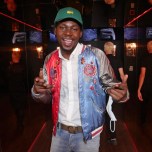 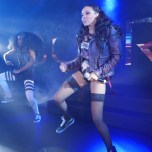 DIESEL’S BAD: Diesel pulled out all the stops on Thursday night for the party in Paris celebrating its newest men’s scent, called Bad, which is due out in mid-August.

The event’s guest performer, who took to the stage at midnight, was Tinashe Jorgenson Kachingwe — aka Tinashe. The singer-songwriter told WWD she’d been to Paris just a few times before.

“Every time that I come I get to see a little bit more, meet a couple more people, eat at another nice restaurant,” she said. “So, it’s fun.”

Tinashe sure is busy. She has a new single coming out in the next two to three weeks, followed by her “Joyride” album, which should break late summer or early fall.

“I’ve got a lot of features coming up soon, on other people’s stuff,” she said, adding next stop is home prior to presenting at the BET Awards and then South Africa.

Tinashe has no loyalty to one particular designer or perfume.

“I think my fashion style kind of mirrors my music style or my personality in the sense that I think it doesn’t really necessarily fit into one particular box. I love to mix and match unexpected things,” she explained. “But I would describe my style mostly as ‘sporty-sexy.’”

For fragrance, Tinashe — who was wearing Thierry Mugler’s Alien — said: “I love essential oil-type smells, things that really you can find in nature, like vanilla, coconut or lavender.”

Diesel creative director Nicola Formichetti has never stuck to one scent, either.

“I love switching my fragrances every couple of years, because it really reminds me of places I’ve been,” he said, adding the scent of his childhood was Jean Paul Gaultier’s Le Male, while for the past two years it’s been Byredo 1996 Inez & Vinoodh.

“But now I’m going to start wearing that,” he said, pointing to Bad, emblazoned in huge letters, which he’d been hard at work on with Diesel fragrance licensee L’Oréal.

“We never had a very, very classic but masculine fragrance yet,” he said. “This is much more mature and modern, with a Diesel touch. For me, [by] ‘bad boys’ we don’t mean someone negative. For us at Diesel, ‘bad’ is something very positive, energetic.”

Model Soo Joo Park, who had walked the runway of the Haider Ackermann men’s show the prior day, finds fragrance important, since it can be very nostalgic.

“It’s one of those unseen things that is very impactful,” she said.

Model, social-media phenomenon and DJ Neels Visser said he’ll be releasing music soon. He was fresh from Milan, where he appeared on the Dolce & Gabbana catwalk, and did a meet-and-greet session.

“It shut down the streets, which was crazy,” said Visser, whose Instagram fan base alone numbers 1.1 million.

Theophilus London has been multitasking, too.

“I am working on this new project called NY Theo,” he said, of the multimedia platform having “anything to do with the arts. It’s an energy. It’s a movement. It’s a lifestyle.”

“I teamed up with everyone that I can, that’s in my Rolodex, and every night we put on events for kids to come and hang that have nothing to do,” he said. “I want to do a NY Theo film-festival, where all my friends, my influencers pick movies to teach the kids.”

London wants to lead by example with his new album.

“I’ve been working with Tame Impala, with Devonté Hynes, who does Blood Orange. Skepta, from the U.K., also produced a new song. Been trying to get Sade on it, I want Jay Z on it,” he said, adding there could also be more design collaborations, anything to help breathe life into youth culture in a hands-on way, not simply via Twitter or Instagram.

Diesel’s Bad scent — boasting accords of tobacco and caviar — was created with perfumers Anne Flipo and Carlos Benaïm, of International Flavors and Fragrances, and conceived in conjunction with Andrea Rosso, creative director of Diesel licenses. It is fronted by Boyd Holbrook.