The designer was the guest of honor at a cocktail party at the American ambassador’s Paris residence. 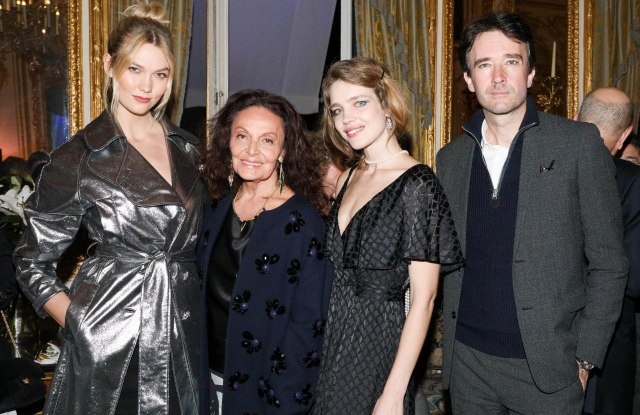 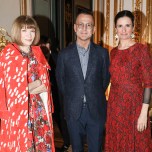 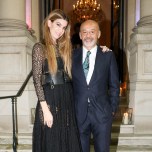 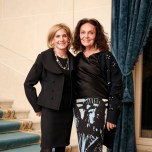 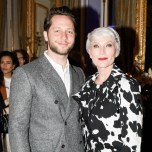 LAUDING LIBERTY: Dignitaries from the fashion and diplomatic worlds rubbed shoulders Wednesday evening at the American ambassador’s residence in Paris in celebration of the upcoming opening of the new Statue of Liberty Museum.

The event was held in honor of Diane von Furstenberg, who has led fund-raising efforts for the new museum, set to open this May, over the past three years, gathering $100 million for the project.

“There’s something magical about the Statue of Liberty,” von Furstenberg said in her address to guests.

As well as fund-raising, von Furstenberg is behind a documentary about the famous statue due out later this year and has also co-written a book with Robert Belot, to be published by Rizzoli in May.

“Thank you all for helping me, for giving me books, for teaching me so much about Lady Liberty, this French woman who represents America, freedom, immigration and especially the American dream,” the designer said.

Jamie D. McCourt, the U.S. ambassador to France and Monaco, raised a toast to “Diane, to her passion for this project, and her great success.”

The moment was a poignant one for the diplomat, whose own grandparents immigrated through Ellis Island, as she was presented with a certificate attesting to their arrival.

“Lady Liberty is an icon, an international symbol of freedom and hope,” she said. “It’s very moving for me to organize this event this evening.”

Stephen Briganti, the Statue of Liberty-Ellis Island Foundation’s president and chief executive officer, explained how the need to create a new, bigger museum on Ellis Island proved apparent after 9/11, when visitor numbers to the monument had to be limited for security reasons.

“About five years ago, we decided to build a museum for people who couldn’t get into the Statue of Liberty. To build something like this without any government money, we had to have a team, and that team needed to be headed by somebody who can open doors,” he said.

“Diane has done a wonderful job of rallying corporate America, foundation America and even individuals.”

Attendees at the event included IMF head Christine Lagarde and Steve Mnuchin, the U.S. secretary of the treasury, who was on an unscheduled trip to Paris and reportedly staying at the embassy.

For Vodianova, the Statue of Liberty represents hope. “America’s been great to me, my career really took off when I went there,” said the model and philanthropist, who described von Furstenberg as a great friend, shouting out “To Diane” when the toast was raised.

It was the importance of freedom that resonated with Khelfa, who has just wrapped a documentary about women in Saudi Arabia. “Being a free woman is everything I aspire to in life,” she said. “I’ve always chosen freedom, everything else is secondary.”