By Leigh Nordstrom and Lisa Lockwood on September 13, 2017
View Slideshow 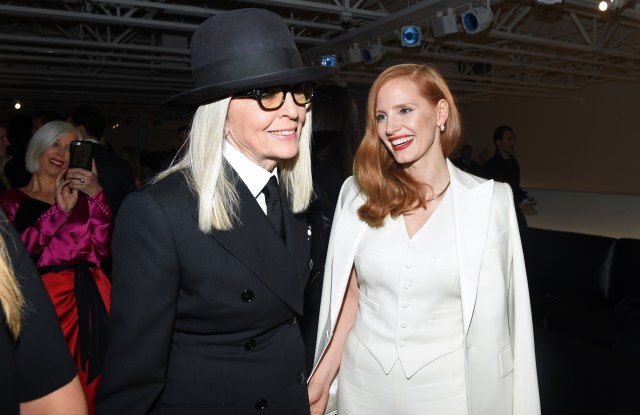 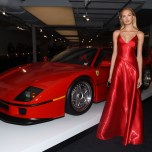 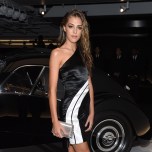 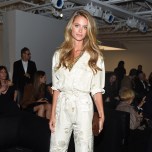 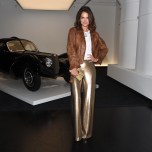 The show had been over mere minutes in Ralph Lauren’s garage and Donna Karan was up out of her seat, phone at the ready to capture selfies with the cars on display. Never mind that there were professional photographers an arm’s reach away — Karan was sticking to the selfie method.

“What, are you kidding? How fabulous!” she said, when asked how she found the show. “And so much better being at somebody else’s show than your own. But especially these cars walking down the runway.”

It was her first visit to Lauren’s garage in Bedford, N.Y., which she took in side by side with Diane von Furstenberg. “Oh it’s brilliant. The beauty of the show was how true Ralph is to Ralph,” she said. “And it’s never out of style. Ever. A classic perfection, the way these cars are. Seeing a car that doesn’t go out of style, and seeing Ralph who doesn’t go out of style — and you want every one of those things.”

Karan added that she just wished her grandchildren had been there to see the cars. “My family [is into cars] — cars, motorcycles, bikes — they’re obsessed. I mean, certainly we have nothing like this,” she said. “I so wish my children and grandchildren were here. My son is a major racer, my husband was a racer, he raced Ducatis and I’ll never forget when Ralph and his son came over to speak to Stephan [Weiss] about racing Ducatis. But I mean, these cars are unbelievable.”

Jessica Chastain, dressed in a custom cream Ralph Lauren three-piece tuxedo, fondly remembered her first car, which was a green Volvo. “I called it Vern, Vern the Volvo,” said the actress, adding that she got it when she was a 16-year-old growing up in California. ” My mom was happy not to have to drive me anymore,” she said.

The actress flew in from the Toronto International Film Festival and was picked up in a 2006 Bugatti. “The whole [Lauren] experience has been unbelievable,” said Chastain, who is the face of Lauren’s Woman fragrance.

Chastain’s upcoming film, “Molly’s Game,” where she plays Molly Bloom, an Olympic-class skier who ran the world’s most exclusive high-stakes poker game and became an FBI target, was premiered in Toronto. It comes out Nov. 22.

Meanwhile, Lauren’s show was the only one on her schedule this season since she needed to fly back to Montreal, where she’s shooting “X-Men: Dark Phoenix.”

Other front row guests included Diane Keaton, who did not want to chat or pose for “personal photos” but delighted a few rebellious photo-takers by telling them “you seem like professional photographers!” Katie Holmes and Armie Hammer were also in attendance.

After the show, guests made their way down to the lower level for more photos with yet even more classic cars and a dinner of Polo Bar burgers — and yes, the number of editors eschewing any fashion week diet for Lauren’s famous burger was a shock.

“I loved seeing such powerful silhouettes for women,” said Holmes of the collection before taking her seat. “I love how beautiful these cars are, and [I love] the art of beautiful sports cars. I think it’s a great backdrop for this show and every piece was beautiful.”

The actress, dressed in a leather jacket and gold sequined pants, is headed off to Canada to film “The Doorman” before directing two projects, “Rare Objects” and “The American Liaison.”

After dinner, it was time to return to the city — with a serenade of jazz selected by the Ralph Lauren team for each vehicle at that.