All Grown Up at the Dior Guggenheim International Gala 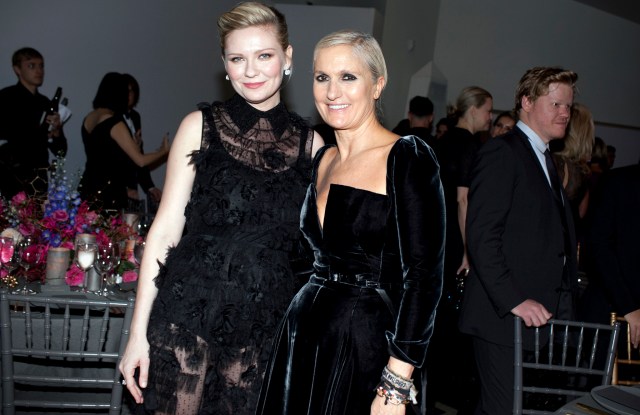 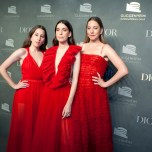 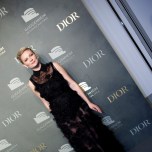 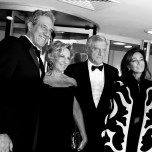 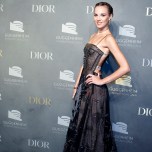 If Wednesday night was for the young Dior lover who’s not afraid to let loose on the dance floor, Thursday night was the decidedly more grown-up counterpart in the two-night affair, which makes up Dior’s Guggenheim International Gala.

Kirsten Dunst, Big Sean, Dave Franco, Naomi Watts, Common, Kate Mara, the Haim sisters, Sasha Pivovarova, as well as artists like Marilyn Minter and Taryn Simon, arrived to the museum, currently displaying “Art and China After 1989: Theater of the World,” to honor Chinese artist Cai Guo-Qiang, as well as the Guggenheim’s Jennifer Blei Stockman, who was president of the museum’s board of trustees for 12 years. The American Ballet Theatre’s Daniil Simkin performed a brief dance for the crowd in the below theater space, ahead of dinner in the rotunda.

Dunst arrived with fiancé Jesse Plemons, who was overheard seeking a place to sneak out for a cigarette following the performance. Mara brought her mom for the night; the Haim sisters were, naturally, having a family night as well.

The trio — Este, Danielle and Alana — all wore red Dior, keeping the same color scheme they donned for their previous performance at the pre-party on Wednesday.

“We leave tomorrow morning and head back to L.A.,” Alana said.

“Back to the studio, back to the grind,” Este added.

“We have inspiration right now,” Alana continued, saying their recent travels and the season was the source.

“I feel like the weather changes and you start feeling very homey…time to write songs,” she said.

“You get very emo,” Este added.

Following the remarks and performance, Isaac Mizrahi was most taken with learning about Guo-Qiang.

“I thought it was fabulous,” he said. “I didn’t see the [installation] here that was taken down. But that was my favorite part of the night, the film about the artist Cai.”

Big Sean and Common made it clear they were there for the fashion hookup (though the art was a pleasing perk).

“We’re guests of Dior, to be honest,” Common said. “I came because of the relationship with Dior, and then they told me it was about art and the Guggenheim, and I wanted to come check it out. I’m more, like, getting introduced to a lot of this world than anything.”

Of dancer Simkin’s performance, Common’s polite take was “dope,” while Big Sean deemed it — what else — “fire.”