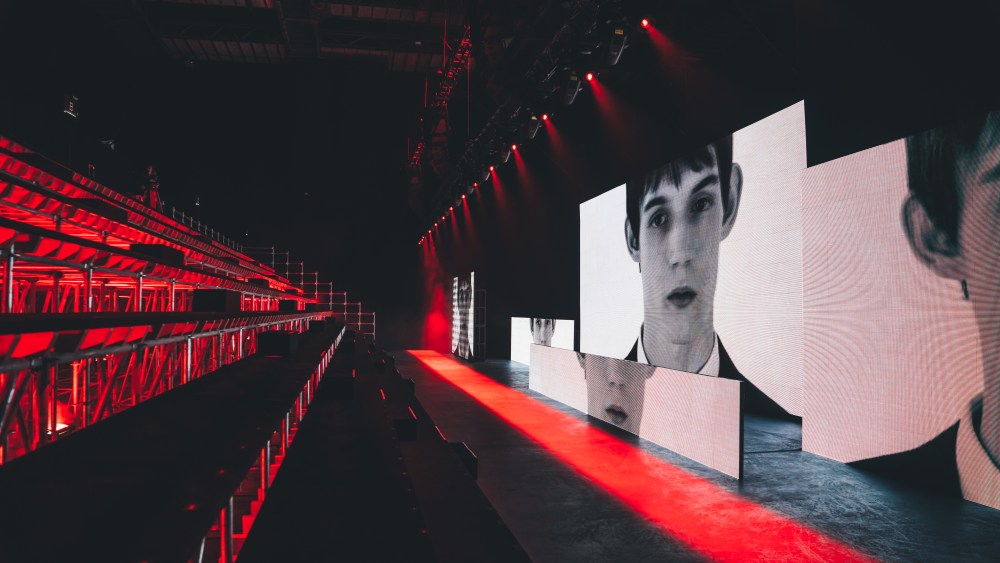 Stars from across the region came to Hong Kong’s historic Shaw Studios to see the 2016-2017 winter collection live, featuring a mishmash of codes from Eighties New Wave and skate subcultures. Those who attended included Korea’s Song Joong-ki of “Descendants of the Sun” film fame, whose presence drew throngs of young teenage girls outside the party hoping to catch a glimpse of him, as well as Chinese actors Shawn Dou and Nick Cheung Ka Fai, singer Miriam Yeung and Jin Akanishi of J-pop boy band KAT-TUN.

Getting the pan-Asian appeal right was important to the brand, designer Kris Van Assche said. While Dior Homme has done shows in other major cities in China, this was its first in Hong Kong.

“We’d gone to Beijing, Shanghai, Guangzhou before, basically moving towards the south,” Van Assche said. “This show is about addressing the whole of Asia rather than [just China]. I had never had the chance to come here so it was the perfect occasion.”

A self-described New Wave boy in his youth, Van Assche said he’d cast several local guys for the show, flying in people from Dior’s Paris atelier to do the alterations.

“With this show tonight, it again is a major opportunity to talk to the Asian consumer,” Dior Homme president Serge Brunschwig echoed. “We have a strong representation in countries from China, Korea and Southeast Asia. You can feel the excitement in the room outside.”

Immediately after the last models came off the runway and Van Assche had taken his bow, the stage backdrops slid apart to reveal a larger space and Club Cheval onstage to kick off the party. The crowd, spilling from the stands, headed to the dance floor, which was dotted by hundreds of floating transparent balloons.

The event comes on the heels of the opening of dedicated Dior Homme stores in Hong Kong’s Landmark and Elements malls in recent months — a stark contrast to the many luxury brands that have been downscaling their presence in the city, where retail sales have suffered from falling Mainland Chinese tourist numbers.

Brunschwig explained, “We know it will come back and in a place like Hong Kong. It’s like New York — it can go through some crisis but always rebounds and has potential to grow. What’s going on outside counts but it doesn’t count.”

Asked for his outlook beyond Asia, Brunschwig felt the brand was off to a “positive” start for the year despite another spate of terror attacks in Europe, the impact of which had “not yet” subsided, he said.

“The Brussels attack compared to the Paris attacks — it’s difficult to isolate [the impact of] both. It’s a global phenomenon,” Brunschwig said. “[Because they were only a few months apart], it’s the same event in the eyes of the public.

“Clearly it’s going to be…well, depends what happens next,” Brunschwig said. “Hopefully there will be no more and there will be a return to normal in a few months. Cross our fingers.”