The rustic affair with Darren Criss, Britt Robertson and Olivia Culpo became a true adventure when a dust storm forced a location change. 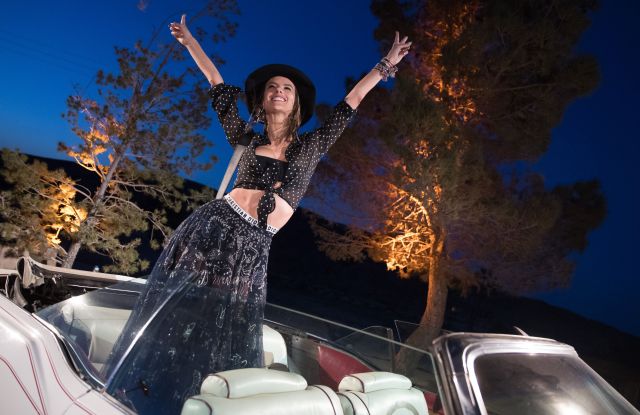 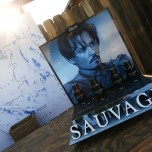 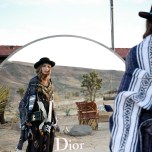 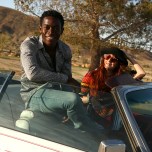 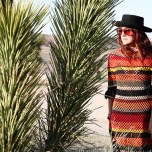 The term Wild West took on a literal meaning Thursday night as a brave few ventured to Pioneertown in the California desert to fete Dior Sauvage’s new eau de parfum. Although Johnny Depp was only present in the ad imagery and the Arthur de Kersauson and Clément Beauvais-directed short film that was playing, Paris Jackson, Alessandra Ambrosio, Britt Robertson, Darren Criss, Olivia Culpo and a handful of musical artists like Mia Moretti and Moses Sumney helped animate the house’s mystical-meets-savage branding vision for the fragrance.

The cliché about the best-laid plans proved true. Dior’s carefully planned takeover of the Pioneertown Motel — part of a ghost town turned kitschy theme village about 30 miles north of Palm Springs in the high desert — included a “Sleep No More” style tour in which guests arriving a dusk were provided keys to two rooms, which were styled as a mini theater for the Mondino short and a shaman’s den complete with a suspiciously model-y looking “shaman” grinding peppercorns and chanting.

A vintage Cadillac convertible and a circular selfie mirror provided photo-shoot-worthy selfie ops, to say nothing of the natural backdrop of the San Jacinto mountains, cacti and giant boulders. Jackson got into the moment, vamping in her runway look. “I didn’t choose this, it was put on me, but I am here to work,” the model said matter-of-factly.

The celebration of “the magic hour” was all good and fun until the sun set in earnest and the winds kicked up. The linen napkins and wildflowers on the picture-perfect long wooden tables started to blow away, and the sand started to swirl.

Criss showed up just then, and was making a go inside when he caught site of the Caddy. “Oh man, I have to get in,” he told his stylist and fiancée, who wrapped themselves in the Mexican blankets being offered. “This is the coolest I’ve ever looked,” he said, as he mugged at the wheel, stood on the hood, and then did a perfect leap into the air. “OK, that’s enough,” his stylist interrupted from beneath her blanket.

“Uh, I think we should maybe go inside,” said Culpo, holding onto her Dior straw hat. Everyone returned to the two interactive rooms for more shaman chanting and film-watching. “Can someone just plug in their Netflix?” asked one guest after the Depp short played for the umpteenth time.

Outside, the production team kicked into high gear, reloading the furniture back into the Quixote Studio trucks driven out from Los Angeles and driving them a short distance away to a barn-turned-bookstore.

Ambrosio arrived after the dinner set-up had been broken down, but the car was still there, so she did what any model would do — posed. “I’m used to shooting in any kind of weather,” she said. “But I’ve never been here before. What are we going to wear to Coachella if it get this cold at the shows? I knew I should have brought my puffer jacket.”

The same black shuttles that picked up guests in Palm Springs then drove them to the new dinner venue, which was transformed into a shabby chic dinner complete with light strings and comfy couches. Somehow, the three-course dinner managed to come out, albeit close to 9 o’clock.

Sumney, an L.A.-based artist who is performing today at Coachella, was just happy to be relaxing before his show. “I guess I’m a ‘friend’ of Dior,” he laughed. He then noticed the white lint his Mexican blanket left on his black custom Levi’s jacket. “I’m gonna need a lint roller before I get on stage.”

“I’m starving,” Criss said as he tucked into his grilled chicken. “We might go next door to Pappy & Harriet’s and get some ribs after this.”