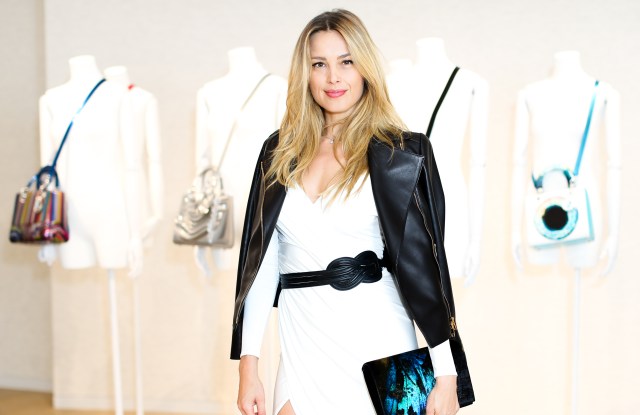 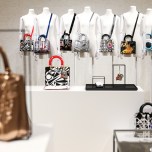 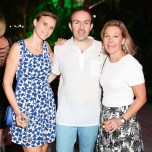 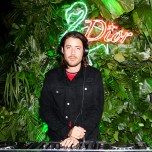 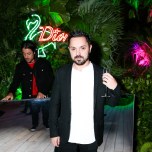 The Miami Design District has become virtually synonymous with the convergence of art and fashion, especially during Art Basel. That stylish union was vividly on show at Dior’s unveiling of its Lady Art Bags, a collection of its Lady handbag reinterpreted by seven acclaimed artists, held at the brand’s sleek boutique in the neighborhood Tuesday night.

Although the evening’s focus was on the bags, which were installed in a large gallery space on the store’s third floor, many guests — including influencers like Craig Robins, Chelsea Leyland and Petra Nemcova and chic locals like stylist Calyann Barnett — spent ample time on the adjacent veranda, which was decked out for the evening with verdant green foliage and neon signs of the bag’s distinctively boxy silhouette and bright Dior logos.

Several of the artists who worked on the project also attended, including Mat Collishaw, whose version of the bag is covered with an ethereal close up of the wings of an insect. “The whole experience of working with Dior has been an interesting challenge,” he said. “It gave me a chance to get out of the comfort zone of the media that I work with — I love anything like that.”

Jason Martin, whose texturally surfaced bags for the collaboration appear to be dipped in gold, had an even more pragmatic take on the project. “I love the idea of crossing into fashion because it’s a broader demographic,” he said. “If you can reach out to people who are not necessarily engaged within art but have a more fertile engagement with fashion, and they can reach your work through that, it’s a great opportunity for an artist.”

British artist Ian Davenport coated his iteration in colorful, vertical metallic stripes that appear to melt at the bag’s base. He found the Lady Dior Bag to be an ideal canvas. “Because it’s recognizable and distinct in its own essence, you can play with the design,” he said. “Dior was very comfortable about playing with it, too. They wanted to see what other people would do with it, which was great.”

The party was held on an evening with lots going on in the Design District, including events nearby at the local outposts of Loewe, Panerai and MM6 Maison Margiela. That’s par for the course this week in Miami, as Collishaw put it, smiling, “The circus is in town.”