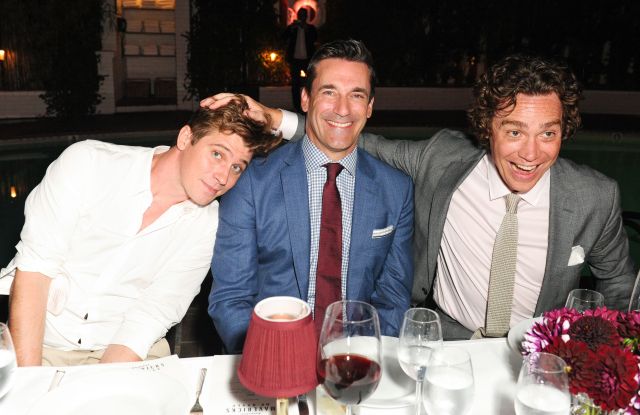 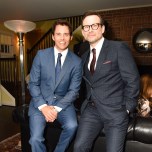 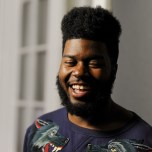 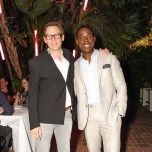 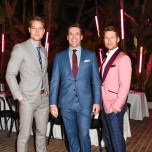 “Mavericks are those who don’t do the expected. It’s not even gender specific,” said Esquire editor in chief Jay Fielden, by way of explaining how he came up with the 10 men and one woman — Evan Rachel Wood — who graced the September issue’s portfolio. “We didn’t want it to feel like a fait accompli, which these lists can sometimes feel like.”

Diplo brought fellow DJ Dillon Francis as his date. “He’s a really good friend, he’s like my little brother. And he’s a really great actor, too; I think he should be doing more of it.” Francis has a role on Diplo’s Vice comedy “What Would Diplo Do?” in which James Van Der Beek plays the title character. “It’s been a big surprise how much support it’s gotten,” he said of the show.

Actor John Bernthal brought his puppy, Ross, as his date, because he couldn’t bear to leave him at home. The dog seemed content to lay on floor of Bungalow 1 while other guests spilled out onto the deck for cocktails.

Among them were China Chow and Alex Israel, who chatted about art with tattoo artist Scott Campbell.

“They invite you to things like this because they think you have good style, then the ironic part is that they dress you,” said Campbell. “I hope they don’t find out that I really wear cargo shorts most of the time.”