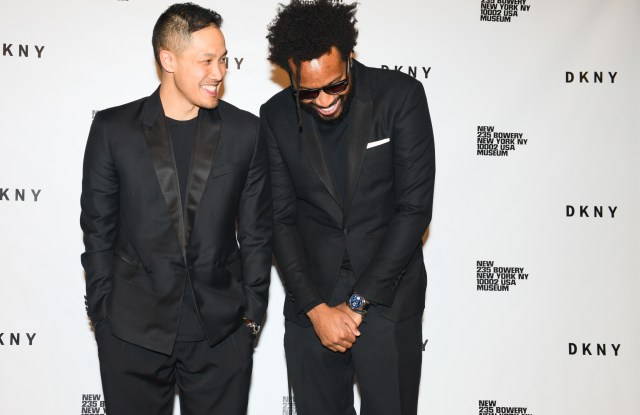 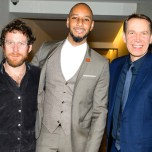 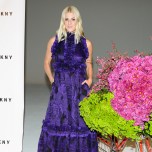 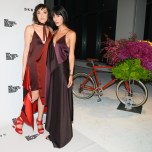 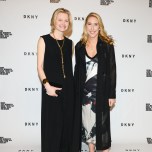 A rainbow emerged in downtown New York on an otherwise dreary Monday night. The New Museum was hosting its spring gala at Spring Studios, and the dress code on the invitation was “rainbow festive,” a nod to artist Ugo Rondinone’s iconic Roy G. Biv “Hell, Yes!” sculpture, formerly affixed to the museum’s exterior. Rondinone was being honored at the gala along with artist and poet John Giorno and New Museum trustee Toby Devan Lewis.

“We wanted to incorporate a little bit of all the honorees,” gala chair Charlotte Feng Ford explained of the room’s colorful decor, which also incorporated swaths of springtime flowers, a motif in Giorno’s artwork — and in Ford’s frock for the night.

The rest of the crowd spanned the full sartorial spectrum, from ignoring the rainbow dress code altogether to embracing the theme full-on. DKNY creative directors Maxwell Osborne and Dao-Yi Chow were in the latter category. “We scratched off that part of the invite,” said Osborne. “We didn’t see that part of that invite.” Chow offered a more creative interpretation for their matching black suits: “It’s like all the colors mixed together.” But the pair had lent their support through fashion in even bigger ways: DKNY served as the main sponsor for the gala, which raised $2 million for the museum. “They have this new exhibit, an all-female show,” Chow explained of the partnership. “With the history of DKNY and Donna…it really made sense for us to partner with them.”

Other guests — Mia Moretti, Jeff Koons, Casey Fremont, Cynthia Rowley — brought pops of color to the room. Swizz Beatz donned a pair of rainbow sneakers with his tan suit; Michael Stipe, who was hanging out with Rondinone and Giorno during cocktail hour, had affixed rainbow horns to each side of his head.

Later, host Massimiliano Gioni presented the artists with rainbow-haired unicorn trophies. “I first came to the Bowery in 1954, when there were elevated tracks and trains rolling overhead,” Giorno recounted to the dinner crowd. He’s lived on the Bowery — and starting in 2007, across from the museum — ever since. “In 1954, I was 17 years old. And it was inspirational,” he continued. “And now I am 80.”

The crowd cheered, and Rondinone declared an additional honor upon his longtime partner: “John Giorno: the best neighbor that the New Museum ever had.”