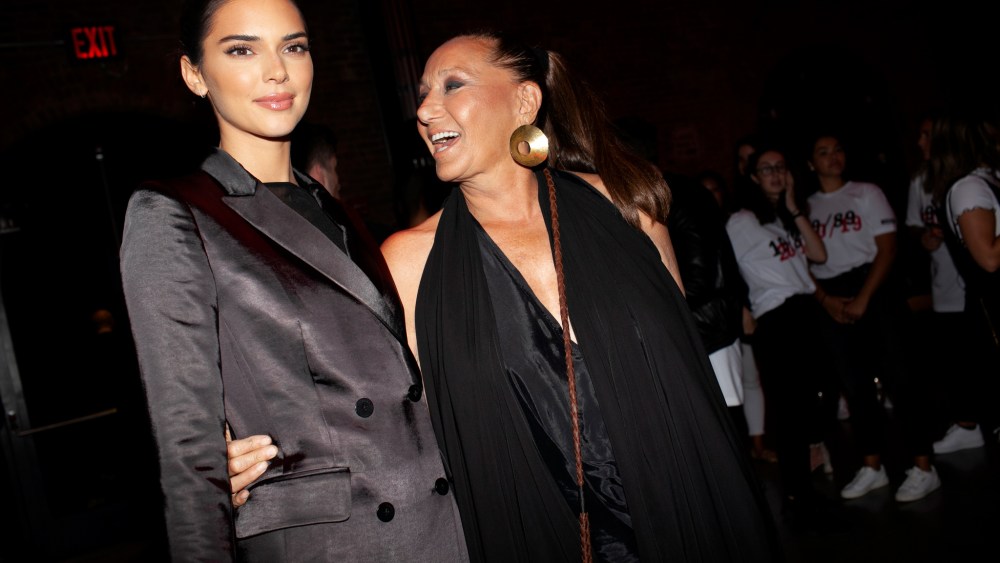 One was hard-pressed to find someone over the age of 30 on Monday night at DKNY’S 30th anniversary celebration, held at St. Ann’s Warehouse in DUMBO and featuring a performance by Halsey.

Delevingne arrived with girlfriend Benson, though they opted to take turns on the step and repeat. Delevingne swung her ponytail for photographers, as the “Pretty Little Liars” actress waited her turn, shaking her head ‘no’ at the suggestion of a joint photo op.

On the dance floor, models graciously shook hands with Brooklyn dudes blowing vape smoke as the Martinez Brothers spun and sipped and smirked for the audience.

“It’s good to be in Brooklyn, I’ll tell you that much,” Halsey told the crowd, after performing songs like “Bad at Love.” “Five years ago, all you motherf–kers would’ve been too cool to talk to me.”

She paused to thank DKNY for hosting her, and for collaborating with her on their campaign.

She then launched into her final song, “Without Me,” which had Delevingne lip-syncing and filming on her phone offstage in the wings.

While the music continued, Karan was taking her moment: outside, she staged her own photo shoot with her team and their iPhones, the New York skyline lit behind her.