By Alessandra Ilari on May 20, 2011
View Slideshow 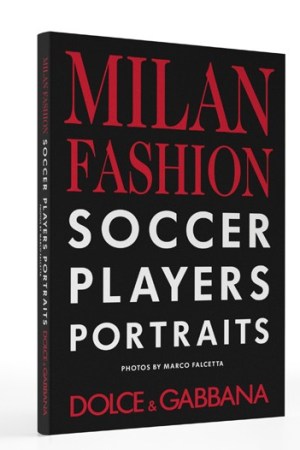 MILAN – The style and soccer worlds collided in handsome fashion Thursday night as Domenico Dolce and Stefano Gabbana hosted a cocktail party for A.C. Milan in their men’s store here.

“Soccer players have a great relationship with fashion, a strong personal style and care about their bodies. They really represent the male aesthetic and our times,” mused Gabbana.

Nearly all the players, including superstar striker Zlatan Ibrahimovic, showed up clad in dapper gray pinstripes.

In the 148-page book, it’s the players’ personalities and expressions that talk, their buff bodies clad in anything from crisp white shirts to sport jackets.

“We’re used to being photographed on the pitch but this was my first fashion shoot, a different and very enjoyable experience,” said Brazilian striker Robson de Souza or Robinho.