High rollers congregated to indulge a passion for vintage race cars, particularly the Ferrari 250 GTO, and a taste for good Champagne. 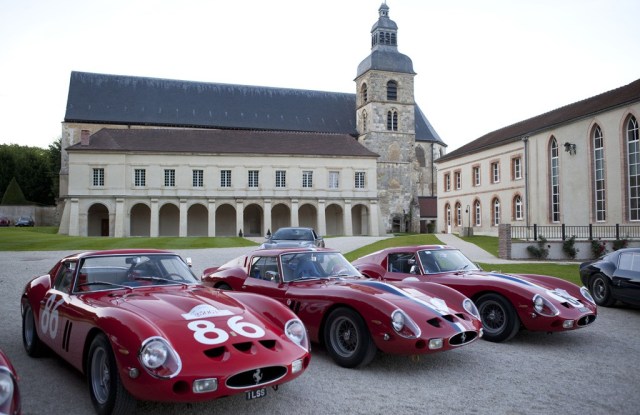 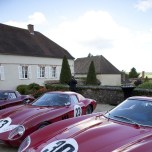 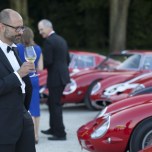 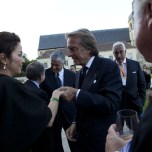 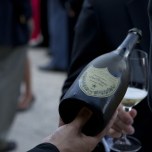 High rollers congregated on the grounds of a former abbey in Hautvillers, France, Tuesday to indulge a passion for vintage race cars, particularly the Ferrari 250 GTO, and — hopefully not at the same time — a taste for good Champagne.

The event, at which 23 owners of the legendary sportster gathered for its 50th anniversary rally, was a who’s who of top names in the industry — not surprising given the car’s hefty price tag. One model, of the 38 ever made, reportedly auctioned this year for more than $32 million.

“This rally is a ritual,” said Stroll. “I’ve had this car 20 years, and this is my fourth reunion.” Indeed, the event did seem a little like a high-school reunion, albeit for the superrich.

“It’s phenomenal to see so many of the remaining GTOs in one place,” Moët Hennessy president Christophe Navarre commented. “You know they are worth as much as a painting by one of the great masters? Unfortunately, I am not an owner.”

“We’ve just driven down from Paris to be here, straight from the Armani Privé runway show,” said Yeoh, sporting a black and fluorescent green mesh cocktail dress from the Italian brand.

The event, on the grounds of the recently restored Hautvillers abbey, where Benedictine monk Dom Pierre Pérignon was cellarer in the late 17th and early 18th centuries, saw guests sipping vintages from 1988, 1964 and 1962 accompanied by a menu created by the brand’s house chef, Pascal Tingaud.

LVMH executives were out in force, with group managing director Toni Belloni; Moët & Chandon and Dom Pérignon president Stéphane Baschiera, and Moët & Chandon vice president of corporate communications Jean Berchon, a direct descendant of the Chandon family and the creator of the rally, as well as Navarre, among the hosts.

The next morning, the 23 cars and their owners were due to set off on a five-day rally and epicurean journey to Versailles through the French countryside.

As the sun set over the vineyards that stretch as far as the eye can see, guests admired Ferrari’s latest innovation, the F12. “I try to push them to buy new Ferraris,” Ferrari chairman Luca di Montezemolo said of the GTO owners. “Sometimes it is difficult, but I will carry on trying.”