“I’m totally going for the f—ing prairie [look],” said the actress wearing a flowing top and bohemian skirt for the kids' event Tuesday. 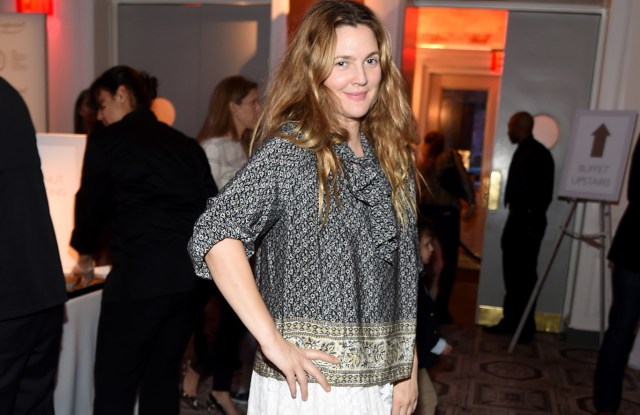 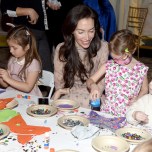 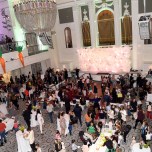 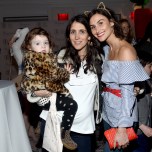 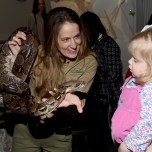 “Don’t pull on my tail,” exclaimed a costumed Easter Bunny to an excited group of youngsters clawing at the event’s mascot as frantically as their mothers at a Christian Louboutin sample sale.

The ballroom of 583 Park Avenue was transformed into a kids’ wonderland Tuesday for the 26th Annual Bunny Hop hosted by The Society of MSK. The Bonpoint sponsored affair was complete with a magician, petting zoo, arts and crafts table, and buffet of chicken fingers and macaroni and cheese. Juice boxes were on hand to refresh the kids with white wine refreshing the (mostly) elegantly clad parents.

Drew Barrymore, whose former mother-in-law Coco Kopelman is heavily involved in fund-raising for the cancer hospital, brought along daughters Frankie, 2, and Olive, 4. “I’m totally going for the f—ing prairie [look],” said the actress wearing a flowing top and bohemian skirt from Sea New York. “Obviously, I’m drawn to this brand and these [pieces] are years apart. In winter I love a skirt, but it’s got to go to the floor.”

Barrymore noted how her kids are largely unaware of their mother’s career, but noted how “[Olive] knows something is up because she’s lived her whole life seeing people come up to me.”

Across the romper room, Gillian Hearst-Shaw wore four-month-old daughter Sloane in a baby carrier while explaining her deeply personal connection to the organization. “My dad [Bernard Shaw] had cancer and passed away two years ago and doctors had [initially] only given him about a year to live. They ended up giving him about seven or eight years with different treatments and he got to meet at least one of his grandchildren.”

The publishing heiress, 35, explained how mom Patty Hearst has embraced the role of doting grandmother to her three young daughters. “She’s been traveling around the world a lot and brought back trinkets for them like [child-sized] jeweled hats from Kazakhstan and some carved coconuts shaped like turtles from Laos.”

As the chaotic soirée ended, a pair of brown-and-white petting-zoo goats were hauled out onto 63rd Street alongside a drove of children pawing at the knees of their wide-eyed parents. “It’s like the night of the living dead in there,” observed Barrymore.