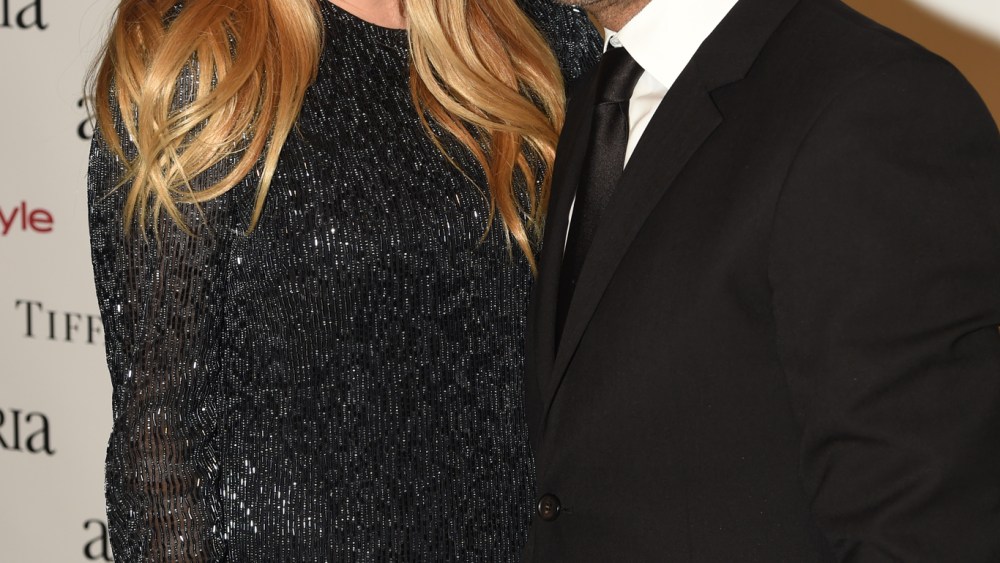 The Acria holiday dinner has come a long way in 20 years. The AIDS and HIV service organization used to hold its annual fundraiser at artist Ross Bleckner’s apartment, serving essentially a potluck dinner to the likes of Donna Karan and Calvin Klein. Both Karan and Calvin Klein’s Francisco Costa were in attendance Thursday night at the charity’s 20th anniversary dinner but they were accompanied by about 400 others, including Julianne Moore, Daphne Groeneveld, Phillip Lim, Casey Fremont and Atlanta de Cadenet Taylor. Inside the historic Cunard Building, guests mingled under an overgrown floral archway and perused a silent art auction that included pieces from Ed Ruscha and Will Cotton. In the words of up-and-coming actress Lola Kirke: “This is f–king gorgeous.”

Despite all that, Drew Barrymore managed to steal the show. Ascending a circular platform in the middle of the massive lobby — in the style of E!’s “GlamCam 360” — she said, “No woman wants to be seen from this angle. You hope for a podium to block you.”

The actress received the inaugural Elizabeth Taylor award from the organization, acknowledging her philanthropic work in Africa combating AIDS. “People were like, ‘Wow, you’re being honored?’ And I was like, ‘Why? This is weird,’” said Barrymore, in Jason Wu. “So I thought, Elizabeth Taylor, well OK…we were both child actresses, we have that in common. And let’s face it, we’re both hedonists. [But] she brought tremendous awareness…in the most profound way for people with HIV and AIDS.…As well-known as she is for all [her movies], she left a legacy behind where she is so utterly remembered for the philanthropy and the crusading that she did. The best way for me to thank you is to live the rest of my life where an actress is just one thing on my CV.”

Inez van Lamsweerde and Vinoodh Matadin were also honored. “A lot of people that we take pictures of are between the ages of 18 and 25,” said van Lamsweerde in their joint speech. “It’s happened time and time again that we’re sitting there talking and one of the models says, ‘I just found out I’m not pregnant, thank god.’ And we’re like, ‘You’re not pregnant, that’s good, but you’ve never heard of a condom?’ For us, it’s very personal that still there is a message that needs to get out there, especially in the schools of New York City about protection…Thank you very much for having us here, and please tell your kids to put a condom on.”

With all the star power in the room — Moore presented the award to Inez and Vinoodh — talk turned to the Golden Globes nominations, unveiled the previous day.

“I didn’t hear any of them except for Amy Schumer and I’m psyched about that,” said Barrymore. “Amy Schumer all the way. Amy Schumer for best everything.”

“I just hope I get to meet her,” said Kirke, whose Amazon show “Mozart in the Jungle” is nominated. “Honestly, this is all very Greek to me,” she said of the Globes nod. “I’m just happy to get to make things to begin with. It’s secondary if anyone likes them.”