The Caten twins hosted a dinner to mark store opening with the likes of Elizabeth Hurley and Bryan Adams. 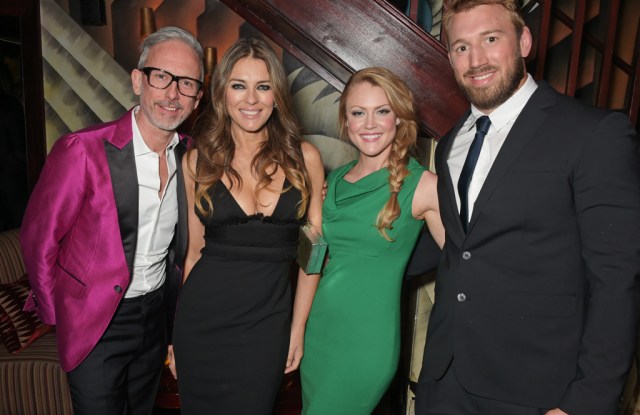 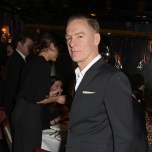 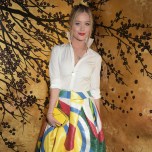 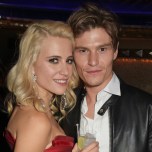 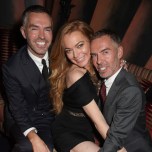 Decked in a fitted hot pink tuxedo jacket — and a chocolate brown Rolex Daytona that he customized with Titan Black — Cox also brought along the Canuck crooner-cum-photographer Bryan Adams to the party, where guests crammed into the posh underground club and dined on fish and vegetables.

“Fries are forbidden here,” said Dsquared2’s longtime chief executive Gianfranco Maccarrone, who earlier in the evening responded to one guest’s query about his delicious sounding surname, pronounced like the pasta. “Are you gluten-free?” she asked.

Earlier in the evening, the singer-songwriter Hayden talked about her new band Anteros, which is coming out with a single later this summer, and an album next year. Beckwith, meanwhile, talked apps.

“You’ve never heard of InstaBeauty?” she said of the app that enhances images on the smartphone. “Look at this,” she said pointing to a recent photo of herself. “Peaches and cream! You shall go to the ball!”

When Cox wasn’t hailing the Canadians, he was touting the qualities of his new Rolex — he’s customized three models, and done 20 of each, with Titan.

“It’s the anti-bling watch, and it’s for your own personal enjoyment rather than for showing off,” he said. “It’s not a red Ferrari.”