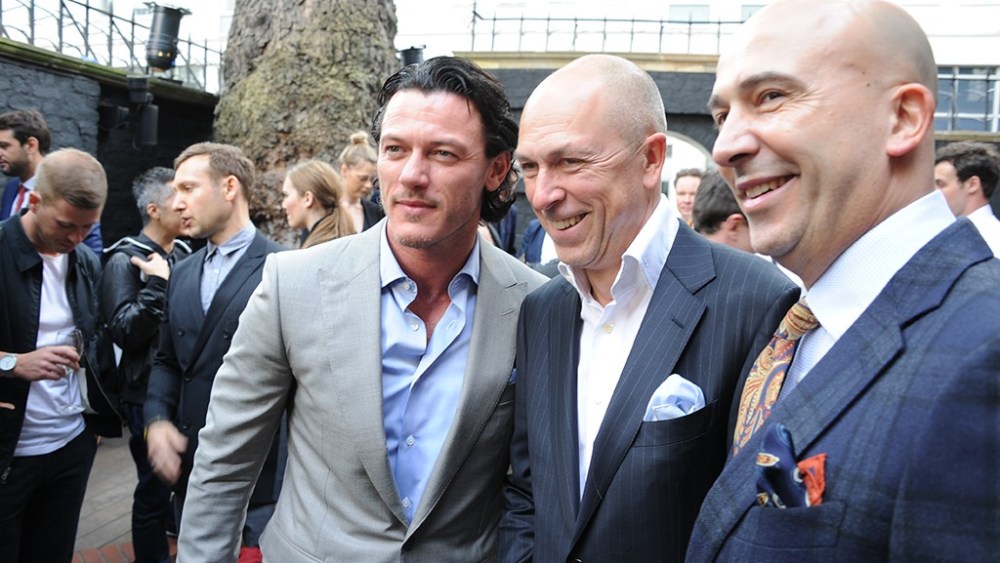 Designer James Long, whose catwalk bags — a collaboration with Browns — have just landed in-store, said he’s had to make an emergency purchase.

“My mum called me and said she wanted a backpack, so I’m actually going to have to buy her one,” said Long, who’s planning to travel to Ibiza after a sales-related sojourn in Paris.

In the courtyard, “The Hobbit” star Luke Evans said he has just wrapped the film “Dracula” with Sienna Miller and Jeremy Irons. And he clearly replaced drinking blood with vaping coconut tobacco.

“I gave up smoking nine months ago, but started again on my birthday a couple of months ago. It was Ian McKellen’s fault,” he said, referring to his fellow Hobbit actor.