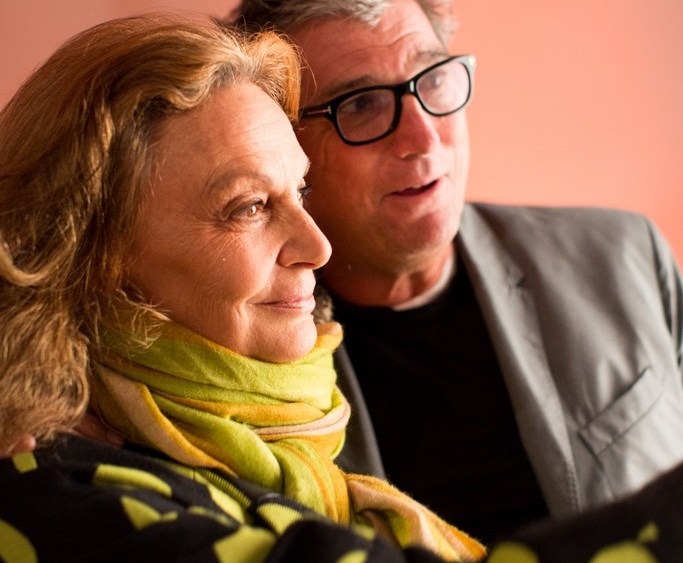 Manhattan’s Meatpacking District may evoke thoughts of balmy summer weather, but a little snow couldn’t detour the downtown scenesters from a night of drinks, food and shopping at Monday night’s Open Market fund-raiser at the Highline Stages, hosted by the Meatpacking District Improvement Association (MPIA).

General public tickets to the Rosen and Diane von Furstenberg cohosted event were sold in advance for $150 a ticket, with a VIP option available for $350, allowing early entrance into the venue and an overstuffed gift bag to take home. All proceeds, including those from the night’s silent auction, went directly to the MPIA.

“I’m so glad that my wife is not here,” noted one guest as he surveyed the rows of booths boasting designer brands at sample sale prices.

“Tonight is to show off the Meatpacking District,” Rosen said. “It’s such a cool area with so much going on.”

Decked in a vibrant overcoat from her fall 2012 collection, von Furstenberg reflected upon her own history with the district. “When I started to work again about 13 or 14 years ago, I bought a little carriage house on West 12th Street,” the designer said. “Everyone said that I was crazy; that the neighborhood smelled bad and nobody wanted to work there. I just didn’t listen.”

The self-proclaimed “Godmother of the neighborhood” grabbed some chips and guacamole from the Dos Caminos booth before ducking out, narrowly missing Geordon Nicol and Leigh Lezark of the Misshapes kick off their set with the crowd-pleasing Solange hit “Losing You.”

Latecomer Olivier Theyskens slipped in just before 9 p.m., making a beeline to the Theory booth, where he divulged his favorite Meatpacking hot spot. “I love Pastis. They have this thing that I love that’s fried eggs, beans and toast. It feels like breakfast but you can have it for lunch,” he said. “If you are slightly hungover, it’s the best thing.”