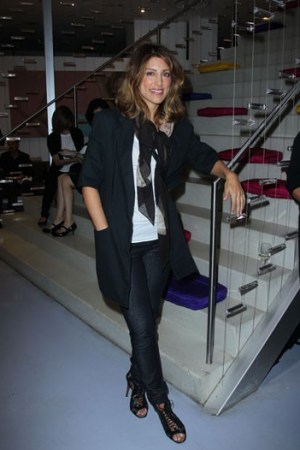 French director Daniele Thompson’s latest flick, “Change of Plans,” is about a dysfunctional dinner party. So it was fitting that, on Tuesday night, Thompson’s best friend, Diane von Furstenberg, feted the project with — what else? — a dinner party. Fortunately, things went smoothly this time as Oscar and Annette de la Renta, Matthew Modine and model-turned-actress Mallory June filed into the designer’s studio for a buffet of Sant Ambroeus grub after a screening of the film at the IFC Center.

Veteran hostess that she is (no less than eight events this spring), von Furstenberg shared her party-planning expertise. “The secret to being a good hostess is to behave like a guest,” said the designer, who stuck to her word by spending most of the evening holed up in a corner with friends Fran Lebowitz and Anh Duong. Does she get tired hosting so many events? “That is what New York is all about: People come here to promote their book or their movie and, you know, you help one another,” she shrugged.

Then von Furstenberg offered her fail-safe technique when seated next to an unfriendly dinner companion. “I make him talk about his mother,” she said. “It creates an intimacy.”

See all the images here>>