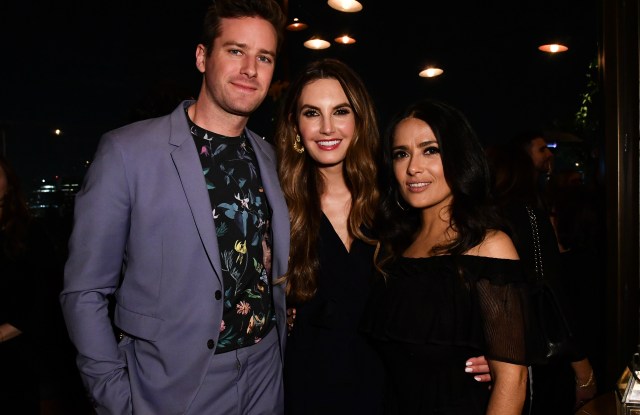 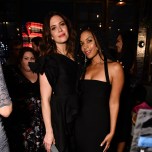 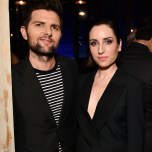 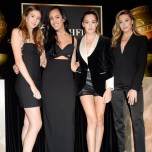 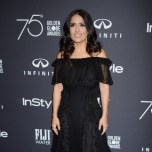 In a sign of the times, InStyle and the Hollywood Foreign Press Association rebranded their annual Miss Golden Globe party as the Golden Globe Ambassador soiree. Held at Catch in West Hollywood on Wednesday night, the event unveiled Dwayne “The Rock” Johnson’s 16-year-old daughter, Simone Garcia Johnson, as the 2018 honoree.

“I’ve been lucky enough to grow up in a household with strong role models and feel so honored to represent the HFPA for its 75th Anniversary,” said Garcia Johnson, who has a modeling contract with IMG Models. She said she hopes “to serve as a role model to young people everywhere and empower them to speak out on issues they are passionate about.”

As next year’s Globes ambassador, Johnson will be tasked with distributing statues and escorting presenters to and from the stage during the Jan. 7 awards show. The model has had some practice, having attended last year’s ceremony with her father.

Johnson’s role may have a new title, but it’s a Hollywood tradition. She follows in the footsteps of Dakota Johnson, Laura Dern, and last year’s three honorees Sophia, Sistine and Scarlet Stallone, all three of whom were present at the soiree. While Johnson’s famous dad was unable to attend, she celebrated with her mother and pal “Fifty Shades Freed” actress Arielle Kebbel.

The night also served as an early Globes preview and drew actors like Saoirse Ronan, Jeremy Renner, and Octavia Spencer, who will likely be vying for potential nominations which will be announced on Dec. 11.

Once inside, Fiji Water and mini Imperial Moët & Chandon flutes were everywhere, prompting one guest to joke, “Who do you have to be to get a beer around here?” The answer was Salma Hayek, who carried a beer around the party as she caught up with everyone from Johnny Galecki to Armie Hammer and his wife Elizabeth Chambers. Meanwhile, Hammer attended with his costar Timothée Chalamet in support of their new film “Call Me by Your Name,” which is already getting major awards buzz even though it won’t hit theaters until later this month.

The cast and crew of “Mudbound” were also out in full force. The film’s star, Mary J. Blige, flanked by her own personal security, kept close to costar Garrett Hedlund and writer/director Dee Rees. Other interstellar interactions included Kevin Bacon with wife Kyra Sedgwick and “Life in Pieces” actress Zoe Lister-Jones on the outdoor patio; Jake Gyllenhaal lounging on a couch with industry insiders; Abby Cornish hanging with Sam Rockwell; Tatiana Maslany joined by boyfriend Tom Cullen and Aubrey Plaza, and Glen Powell, who chatted with rumored girlfriend Nina Dobrev by the valet.

Elsewhere, Justin Hartley hammed it up in the photo booth with new wife Chrishell Stause. The actor’s “This Is Us” costars Mandy Moore, Milo Ventimiglia, Chris Sullivan and Chrissy Metz lingered close by. When a guest said he wasn’t yet caught up on the show, Metz said, “I won’t ruin anything.” Moore later found a friend in “Silicon Valley” star Amanda Crew. Meanwhile, Crew’s costar Kumail Nanjiani made the rounds with his writer wife Emily V. Gordon. The couple collaborated on the autobiographical dramedy “The Big Sick,” also an award season contender.