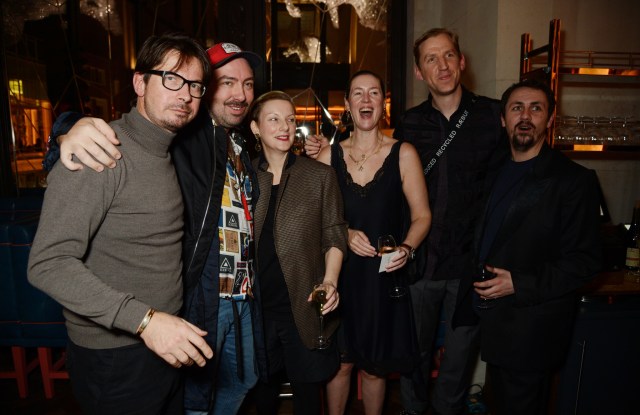 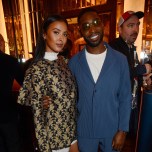 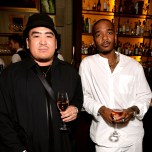 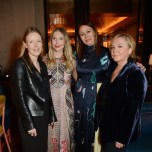 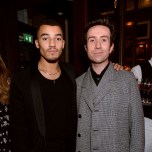 Eric Underwood, the former Royal Ballet soloist-turned-actor, told WWD that he is getting ready to go on a promotional tour for “Cats,” the Tom Hooper-directed movie adaptation of Andrew Lloyd Webber’s musical.

“We just wrapped and now I’ve got the bug for acting. I’m getting an acting agent; I’ve really jumped in. I’m lucky that in going in the deep end with such a big production, that my first film was dance. I could find my feet,” he said.

The actor had to go to “cat school” to learn all the feline gestures and movements, and has been on a steep learning curve ever since.

“It’s a totally different way of performing; my entire process had to adjust. When you do a ballet, people clap at the end when you finish. There’s that moment. And you only get one chance to perform the dance. On the movie set there was no finish. Ever. So we would be filming something and when we finished up there’d be…nothing. Or I’d be thinking, ‘I’m going to nail this scene,’ and think it was great and then they’d be, ‘Alright, let’s do another angle,'” he explained.

Along with these challenges came lessons in humility. “Singing! I have never sung in public — ever. Then I found myself on a set where I am singing next to Jennifer Hudson after six months of daily vocal training. And Taylor Swift, who is an incredible singer and so encouraging, is there saying, ‘Oh, Eric, do it this way, you’ll be great like that.’ But then we dance and I have my star moment.…”

Over dinner, provided by chef Jason Atherton, singer and actor Bluey Robinson, who also appears in “Cats,” was entertaining his dinner companions with his feline repertoire. “My character was a bit more predatory, it had to be, so there was a lot of hunched shoulders,” he explained, dropping into character with a dip of the chin, a sudden scowl from beneath lowered brows, and a roll of the shoulders before abruptly staring into the middle distance — as though he’d just spotted a red laser pointer dot — and then returning to his menacing glare. It was pure tomcat and very intimidating.

“I didn’t really realize the scale of Bollywood but it’s massive,” said actor Craig McGinlay after dinner, as glasses of Remy Martin circulated. “I’ve been filming in India for two months and I’m back [in Britain] until the end of the monsoon season. I play a late 19th-century soldier, the lead villain, and I am doing a lot of my own stunts. We’ve been filming in Mumbai, Ladakh and Benali for two months, and I’ll be going back out for three months to finish shooting as soon as monsoon season is over.”

The film, “Shamshera,” also stars Bollywood heavyweights Sanjay Dutt and Ranbir Kapoor, and is set for a July 2020 release.

Meanwhile model Robert Konjic is planning his own move to the screen: “I am thinking about a YouTube channel for dads, interviewing people. Or even a podcast. There are just so many kinds of dads out there now: gay dads, single dads, trans dads, foster dads, adopted dads…and, you know, we don’t always find it easy to talk about what being a dad means,” he told WWD. “A lot of dads only get limited time with their kids and they don’t know how to entertain them so they give them an iPad, so I want to talk about doing things with your kids. Maybe I’ll combine it with cooking, which I love.”