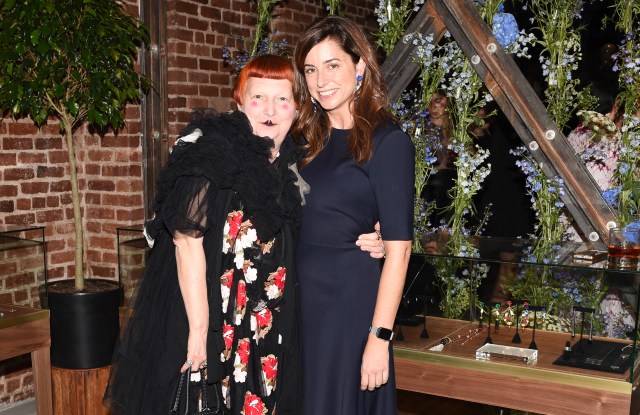 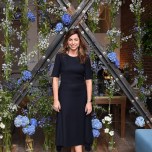 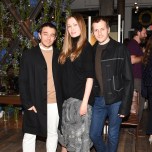 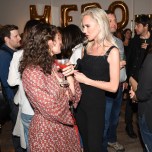 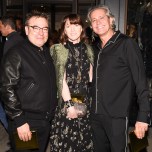 “In New York,” said one recent San Francisco transplant, “this would be an average Thursday night.” But the official theme was a celebration of San Francisco. There was a Tacolicious bar; It’s-It ice cream sandwiches and music from The Parker Grant Quartet (who normally perform at local hot spot The Black Cat); popular pieces from Vans and Mother Jeans among the more extravagant offerings, and supporters from the tech-meets-style set, including Peek.com founder Ruzwana Bashir, The RealReal founder Julie Wainwright and Stitch Fix women’s fashion and content director Meggan Crum.

Holt has become known as a bit of a connector and ambassador for style since returning to San Francisco a few years ago; to that end, the day of the party was quite intentional so that the New York crowd could make the trip — this, Holt said, was writer Lynn Yaeger’s idea. In addition to Yaeger, friends from both coasts included Creatures of the Wind designers Shane Gabier and Chris Peters, gallerist John Berggruen, jeweler Marc Alary, San Francisco designer Stevie Howell, philanthropist Vanessa Getty and Valentino brand ambassador Carlos Souza, to name a few.

This was the first major party in the new space, which Holt hopes to be as much a community gathering spot as a retail destination. This happens to be a similar approach that Angela Ahrendts is overseeing, starting with the new Apple nearby.

While sitting for a small moment in a newly wallpapered dressing room, Holt seemed relieved at the turnout. “You never know how many will turn up,” she said of the 200 or so who RSVP’d. And with a dress code of “as fashion as you feel,” she was happy that everyone “dressed” for the occasion. (In a land of Ts and sneakers, this can be the exception more often than the rule.)

In the three months since opening, she said she’s begun to “get her groove,” whether it’s nailing down the most popular sizes — customers here tend to have rather large or rather small shoe sizes (who knew?) — or meeting drop-in visitors from the neighborhood. Holt credited contributions from others — the location in the Tenderloin, the tile, the day of the party — “the whole store was an amalgamation of everyone’s suggestions,” she said.

But the gumption to open a physical retail store, clearly, was her idea, as was the intention to merge communities who might not otherwise interact. She promised to hold more of the same in the future — of course, she added, “not quite of this scale.”