“We are doing a lot of things in fashion. You will see more of it,” promised Tom Pinckney, general manager of eBay New York City. 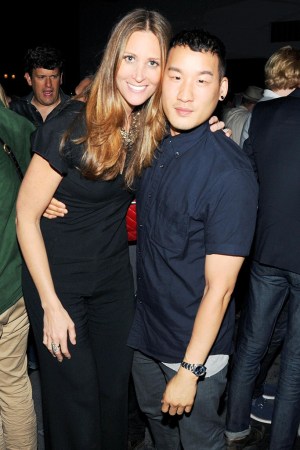 EBay executives, along with Steven Kolb, chief executive officer of the Council of Fashion Designers of America, and Rachel Haot, chief digital officer of the City of New York, celebrated eBay’s one-year anniversary in New York and its growing ties with the fashion community. “We are doing a lot of things in fashion. You will see more of it,” promised Tom Pinckney, general manager of eBay New York City.

The event, at Chelsea’ s Hotel Americano last week, started with a salon discussion on digital innovation with a couple dozen designers and fashion executives and shifted to a rooftop party with performances by DJ Hannah Bronfman and Dev Hynes, aka Blood Orange. Among the crowd were John Varvatos, Chelsea Leyland, Bibi Cornejo Borthwick, Maria Cornejo, Rebecca Minkoff, Max Osterweis, Richard Chai, Monica Botkier and New Age holistic healer Deepak Chopra, who donned rhinestone-framed glasses but said he was more into seeking support for charities in India, including Food for Education and orphanages, than partying.

A year ago, the San Jose, Calif.-based eBay eased into a 35,000-square-foot space at 625 Sixth Avenue and has steadily recruited tech talent, hundreds in all, including engineers, designers, programmers and product people. “There is a bit of competition between Silicon Valley and New York City, but both are important centers for talent. One is no better than the other,” said Devin Wenig, president of eBay. “We moved two big groups from Silicon Valley to New York City. That’s a big statement,” added Pinckney, though he noted most of the staff for the New York office has been recruited from the area. Aside from serving as eBay’s port of entry into Seventh Avenue partnerships, it houses eBay Now operations, enabling local retailers like Macy’s, Target and Home Depot to provide deliveries in about an hour; the homepage experience which utilizes Hunch and eBay search technology for personalization, and it’s where eBay has been aggregating technologies and talent attained through acquisitions such as Svpply.com and Hunch, cofounded by Pinckney.