The KCD cochairman opened up his penthouse apartment to editors and retailers for a dinner in honor of Amiri.

By Leigh Nordstrom and Jessica Iredale on November 9, 2017
View Slideshow 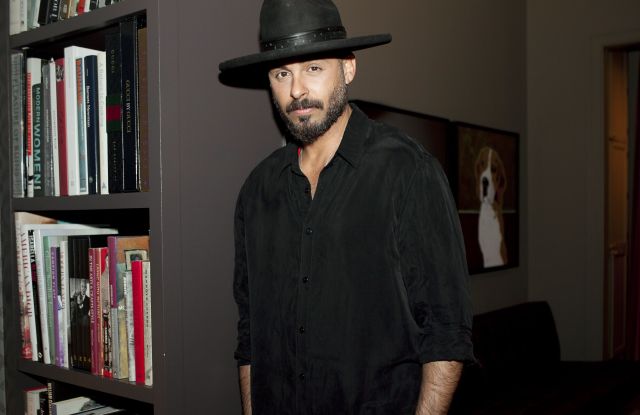 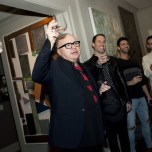 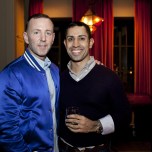 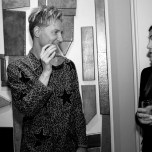 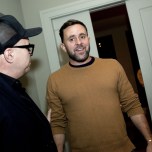 “It’s a tradition to have designers at our apartment,” said Ed Filipowski Wednesday evening, as tacos and margaritas were being passed around his Chelsea penthouse living room. “We’ve had Alber Elbaz here, we’ve had Helmut Lang here, we had Proenza Schouler here…we’ve had a lot of designers here over the course of the last seven years.“

Filipowski welcomed editors and retailers alike for a casual Mexican dinner in honor of Mike Amiri, the Los Angeles-based men’s wear designer (who is developing into women’s wear).

“I was at a restaurant in L.A. and I saw him walking by and I turned to some people and I said, ‘Who are those people, why are they dressed that way?’” Filipowski recalled. “Because they looked so stylish and I’d never seen clothes like that. And my friends said, ‘OK, they’re cool L.A. designers, they work from their apartment, you’ll never get to them.’ And then a year later he was calling me and I was like, ‘This is who I wanted to work with!’”

The appeal of Amiri, for the KCD cochairman, lies in his authenticity.

He wasn’t alone in his enthusiasm for Amiri’s line, noting that the strong showing of retailers in his apartment proved the young designer has staying power.

“I think the important thing here to realize tonight is the retail turnout. I think [Mike] is flabbergasted by it,“ Filipowski said. “They are a retail powerhouse — they sell like crazy.”

“It’s kind of surreal — it’s almost like watching a soap opera where they bring all the main characters out,” Amiri said of the evening’s turnout.

The Hollywood-raised designer said he hopes to spend some time walking around New York for inspiration while in town.

“I love walking as far as I can walk, whether it’s SoHo or the Lower East Side. I get so much inspiration just by seeing how people dress, and going into bars and stuff like that,” he said. “In Los Angeles, it’s kind of the same way for me. I go to a street fair or a vintage market and just watch people and see how they dress and how they engage with the clothing.”

Colombian singer J Balvin made a last-minute appearance, dressed in head-to-toe Amiri, to support his friend.

“I met him when he was an up-and-coming designer,” Balvin said, “when he used to have his studio behind a Chinese restaurant in L.A. We’ve been growing up together.”

Amiri’s popularity with musicians is central to his brand.

“It’s funny, it originally started with all those classic rock stars, like Mick Jagger or Lenny Kravitz, all these people that I’ve pulled references from,” he said. “Now you have a new generation of what a rockstar is, whether it’s an A$AP Rocky or a Travis Scott, or even to a Harry Styles, who can push what they wear further. Not the traditional rock ’ n’roll. I think it’s also a bit of that streetwear mentality, like how girls dress up for girls, guys just dress up for guys, to kind of show off a little bit. It’s a great time to create a product that pushes those limits.”