Kate Moss, Madonna and Naomi Campbell were there to help the party along — not that any assistance was needed. 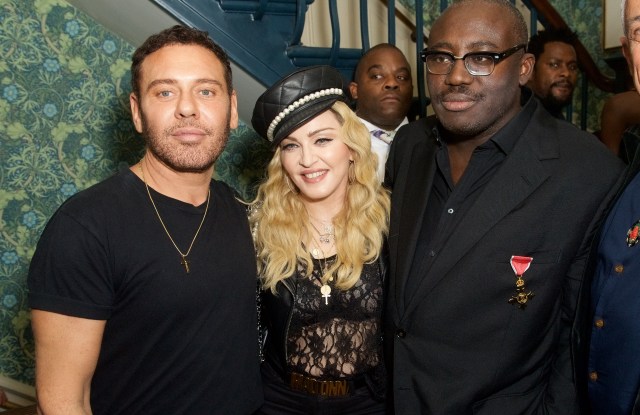 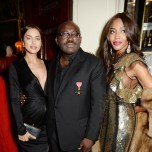 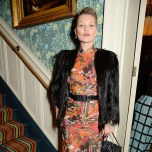 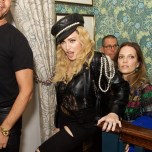 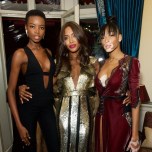 HONORABLE EDWARD: Madonna, Kate Moss, Sarah Burton, Kim Jones, Jonathan Anderson — and others — flocked to Mark’s Club to congratulate their pal Edward Enninful on his OBE, or Officer of the Most Excellent Order of the British Empire, at Buckingham Palace on Thursday.

Enninful, the fashion and style director of W Magazine, was handed the royal honor by Princess Anne for his services to diversify the fashion industry. The accolade was announced earlier this year as part of Queen Elizabeth’s annual Birthday Honors List.

“I am very proud, but especially proud for my family and my dad, who left his country to make a better life for us in England,” said Enninful, whose father was born in Ghana. “I took six people with me, including my dad, my sister and Naomi [Campbell.] That’s the max you can take with you to receive your OBE — I pushed it to the max.”

He described Princess Anne, the Queen’s only daughter, as, “very forward and very straight-up. And funny, too.” His choice of outfit, a dark suit and white shire, was a no-brainer. “I always thought I would wear McQueen for all my special days because he was such a good friend of mine,” said Enninful, gesturing to his McQueen suit. “Sarah [Burton] tailored a suit for me.”

Madonna, one of the last guests to arrive, showed off a leather jacket with loops of pearls attached to the epaulettes. She wore a matching cap, and pouted and posed happily for photographers. “Downstairs everyone!” barked Campbell to get people moving down to the dinner. “Downstairs! Oh, Lara, good, you’re here, you can help get everyone down.”

Campbell later praised her friend: “Back in the day when there were no budgets, (Edward) was the one person all of us girls would come running for, fly anywhere to, would drop everything for, and still do,” she said. “Watching you now in the second phase of your life with your partner and husband-to-be Alec and little son Roo, watching your star shine so bright, you are not aware what lies ahead of you.”

Erin O’Connor also remembered the good old days: “The first time I worked with Edward was in the i-D days, and it was at least two decades ago,” recalled the model.

“My favorite shoot was for i-D with all the Brit girls. We were all being celebrated for our inclusion in the British-ness stakes, and he was very selective and sure about who he wanted and why he wanted them. The best thing about working with him is the giggle before the visual. You hear him before you see him, and when he walks into the room you know it’s going to be alright and, better than that, it’s going to be beautiful.”