WWD photographer Steve Eichner sees it all and shares his unique perspective from the front lines of New York Fashion Week. 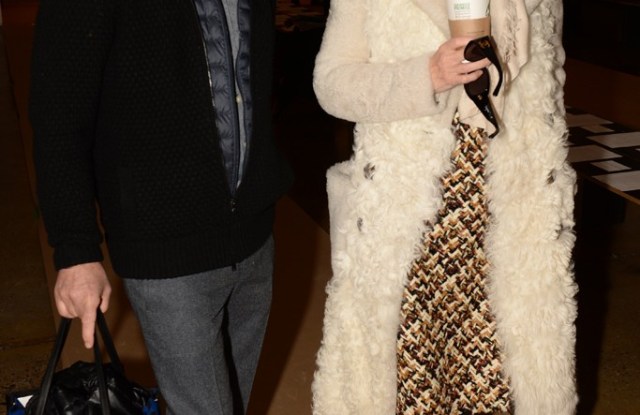 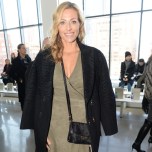 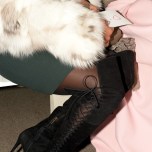 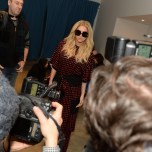 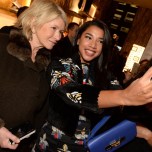 WWD photographer Steve Eichner sees it all and shares his unique perspective from the front lines of New York Fashion Week, from the runways in the morning to the after parties and after-after parties at night.

9:55 a.m.: After posing for a photo with Anna Wintour, Steven Kolb points to me and tells her, “Steve Eichner is having a 50th brthday party next month.” “And you’re invited,” I add.

1:19 p.m.: All the girls are wearing thigh-high boots at this show: Lauren Remington Platt,  Hannah Bronfman, even Bryanboy.

4:07 p.m.: “I’m a music video director, designer and DJ,” says Vashtie. “Oh, and I designed sneakers for Puma.” Gee whiz…she’s got a lot of bases covered.

4:15 p.m.: “Is that Kesha?” the Style.com photographer whispers to me in his Italian accent. “She looks better on TV,” he says. Ever since she took the dollar sign out of her name she’s gone downhill..

4:37 p.m.: “Transgendered suburban housewife chic,” is the best way I can describe the show. Grandma headscarfs on androgynous models roaming the runway, which is littered with cigarette butts and trash. They stop and talk to each other near a chain link fence. Take that, Bruce Jenner!

7:10 p.m.: Hannah Bronfman gets a selfie with Martha Stewart.

7:13 p.m.: The music just got a whole lot better and louder. Wow, Erykah Badu is spinning the tunes and looking fab in her big hat and jewelry.

8:28 p.m.: One of those magic moments materializes in front of me: Just as Naomi Campbell is walking in, Karl Lagerfeld is making his way out. I get them to pose together, then I grab a nearby Rosario Dawson. Bam!

Fendi Dinner at One57

8:54 p.m.: “It looks like a continuation of the skyline,” Fe Fendi remarks to me, looking at the glistening dining room on the 83rd floor of this $70 million apartment.

9:18 p.m.: I capture some images of Sarah Jessica Parker taking some cellphone pics of the displays. A reporter, tape recorder in hand, approaches. “Can’t I just have a moment to myself?” she snaps. “I was told I wouldn’t have to do any interviews here.”

9:31 p.m.: Rihanna arrives and heads directly into a private room. “She’s changing.” I hear her humongous bodyguard tell someone. A French photographer waves his hand below his nose. I always smell the weed around her.

9:40 p.m.: Finally Ri emerges, in the same outfit as she arrived in, and moves toward Karl. Snap! Snap! Snap! She puts her head on his shoulder and makes eye contact with me. It’s the money shot! Well, it won’t buy me this apartment.